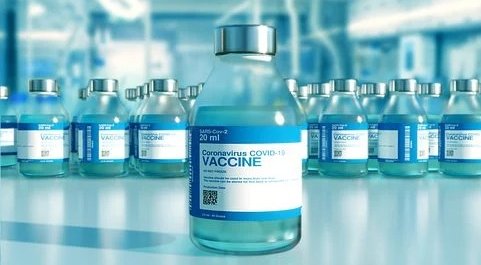 CDC investigates heart inflammation in both teens and young adults after having a second jab against the potentially deadly coronavirus.

The Centers for Disease Control and Prevention’s vaccine safety group have been following up on reports that a “small number” of young adults and teens that have received the coronavirus vaccine have been hit with heart problems shortly after receiving the second dose.

Doctors though have highlighted the fact that even the potential side effect of getting this heart inflammation, known as myocarditis, is far less risky than catching the coronavirus. Covid itself has even been known to cause myocarditis too.

So far the safety group have not provided many details but have stated that only ‘relatively few’ cases have been discovered and that they could be unrelated to the vaccine. Investigations are ongoing.

So far it appears that several dozen cases have been reported in teens and young adults that have had their second dose of the vaccine. These cases have occurred a few days after the second dose of either the Moderna or Pfizer-BioNTech and both of these vaccines are mRNA vaccines.

No details of the exact ages of the patients involved have been released yet and the CDC are working hard to get a better understanding of whether the issue could be a coincidence or is a direct cause of vaccination.

So far it seems that the issue has mainly occurred in males. The possible link between vaccines and myocarditis was first alerted to doctors on May 14. So far the cases have appeared predominantly in teens and young adults about four days after they have been given the second dose of the vaccine.

For Americans the CDC still strongly recommends that those over the age of 12 years old are vaccinated against the potentially deadly virus. And according to the group: ‘Most cases appear to be mild, and follow-up of cases is ongoing.’

Infectious disease specialist Dr. Celine Gounder, speaking to the New York Times explained that: ‘It may simply be a coincidence that some people are developing myocarditis after vaccination,

‘It’s more likely for something like that to happen by chance, because so many people are getting vaccinated right now.’