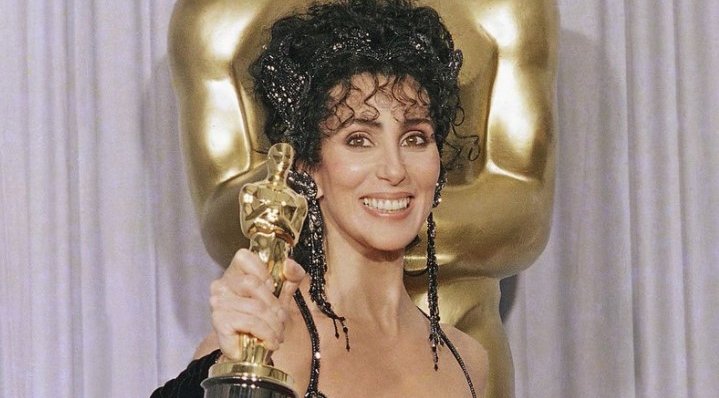 The musical career and life story of one of the biggest female pop stars in music, is set to become the latest biopic to hit the big screen, as the legendary 75-year-old Cher, reveals in a Tweet, “Ok Universal is Doing Biopic With My Friends JUDY CRAYMER, GARY GOETZMAN PRODUCING. THEY PRODUCED BOTH MAMMA MIA‘S, & MY DEAR, DEAR Friend 4 YRS, & OSCAR WINNER..ERIC ROTH IS GOING 2 WRITE IT [sic]”.

Cher, whose real name is Cherilyn Sarkisian, has certainly had a very colourful life, and musical career, having hit the pop charts back in 1965 singing with her then-husband, Sonny Bono, on the classic ‘I Got You Babe’, and has gone on to have a string of hits ever since, in a career spanning six decades, selling more than 100 million records worldwide, being tagged ‘The Goddess Of Pop’.

She even branched out into films, winning an Academy Award for ‘Moonstruck‘ in 1987, for Best Actress – in which she starred with the late Olympia Dukakis – as well as starring in ‘The Witches Of Eastwick’, ‘Mamma Mia, Here We Go Again!’, and ‘Silkwood’, as well as working in Broadway productions, and winning a Grammy, an Emmy, and three Golden Globes along the way.

As she mentioned in her tweet, Judy Craymer and Gary Goetzman, who produced both of the ‘Mamma Mia’ films are also on board, as well as Eric Roth, who is best known for co-writing ‘Forrest Gump’, ‘A Star Is Born’, and ‘Ali’, and who is also involved in the highly-anticipated adaptation of ‘Dune’.

Judy Craymer, speaking with Deadline, said, “Gary and I are thrilled to be working with Cher again, and this time bringing her empowering and true-life odyssey to the big screen. One cannot help but be drawn to, and inspired by Cher’s larger-than-life talent, fortitude, unique wit, warmth, and vision”.

Adding, “Her unparalleled success in music, film, and TV have inspired generations. We could not be happier to tell her story to cinema audiences”.