Martin Bashir Hits Back At Prince William’s Comments About Him 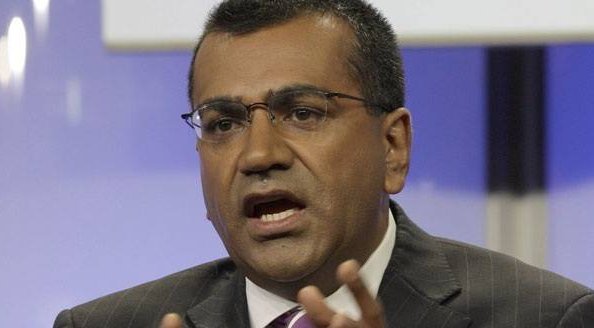 Martin Bashir Hits Back At Prince William's Comments About Him. CREDIT: Facebook

Martin Bashir, the 58-year-old journalist who has been disgraced by the scandalous discovery that he had faked documents as a part of his 1995 Panorama interview with Princess Diana, has incredibly hit back at Prince William’s comments last week, where the Duke Of Cambridge said that his mother had been tricked and deceived by Bashir to get his interview with her.

Bashir has reportedly insisted that as far as the interview went, “Everything we did . . . she wanted”, claiming that he “never wanted to harm” the Princess, and that he “doesn’t believe he did”.

Penny Junor, the royal biographer, commented, “Martin Bashir’s response shows extraordinary arrogance and false confidence. I think he’s shameless. I find it extraordinary that Bashir doesn’t at this stage just hold his hands up and say he’s sorry – properly without the ‘buts'”.

In his first interview since Lord Dyson published his damning report into the BBC Panorama programme, Bashir told the Sunday Times, “My family and I loved her”, also, hitting out at Diana’s brother, Earl Spencer, who has said he “drew a line” between the BBC interview and his sister’s death, Bashir said, “I don’t feel I can be held responsible for many of the other things that were going on in her life”.

Top Scotland Yard cops, including Cressida Dick, the Met Police Commissioner, along with her deputy, Sir Steve House, Assistant Commissioner Nick Ephgrave, and specialist crime and operations commander Alex Murray, are due to sit down and assess whether a criminal probe should be launched into the scandal.

A source told The Sun, “Cressida Dick will be consulting her senior officers and CPS lawyers. They are likely to get together for a meeting in the coming days”, where it is believed they will scour through Lord Dyson’s 127-page report to look for any fresh evidence, as well as consulting the Crown Prosecution Service lawyers to see if such a probe will be allowed to take place.