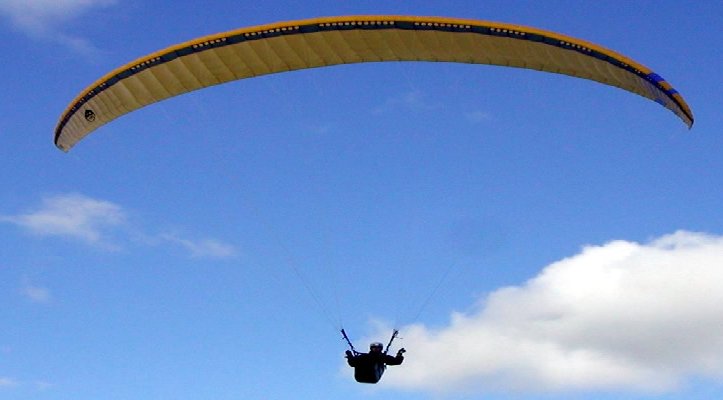 Missing Paraglider From Cádiz Is Found Dead After Crashing In Ronda, Malaga

An expert 51-year-old paraglider who had started a long-distance flight between the towns of Algodonales in Cádiz, and Ronda, in the province of Malaga, was found dead on Saturday 22, in Ronda, after suffering an accident, as reported in a statement by the Emergency 112 Andalucia service.

His flight should have taken around two hours from town to town, but at around 7.30pm on Friday 21, the flight tracker notified the coordination centre that it had lost contact with the man – a Belgian citizen of Asian origin – who was scheduled to arrive in Ronda at 3pm.
112 immediately activated the search protocol and deployed territorial patrols of the Villamartín and Ronda Guardia Civil, along with the Ubrique Fire Brigade, and the Álora Mountain Rescue and Intervention Group (Greim), plus a GAR team complete with a drone to facilitate any extended search during nightfall.
Along with those services, the 061 ambulance was deployed, plus patrols of the National and Local Police and Civil Protection, who, in a joint effort, eventually located the body of the paraglider at around midnight, in a field located in the town of Ronda, very close to the Cádiz town of El Gastor, with his death being confirmed as an accident, and his body evacuated by the Greim of the Álora Guardia Civil.
After the discovery of the missing paraglider, Arcos de la Frontera Judicial Police put the protocol into action to determine the cause of death, conducting a visual inspection at the scene of the body’s discovery, together with the Specialist Police team in Aeronautical Management and Operational Safety (Pegaso) for further investigation, as reported by laopiniondemalaga.es.
The Euro Weekly News is running a campaign to help reunite Brits in Spain with their family and friends by capping the costs of PCR tests for travel. Please help us urge the government to cap costs at http://www.euroweeklynews.com/2021/04/16/ewn-champions-the-rights-of-brits-in-spain-to-see-loved-ones-again/