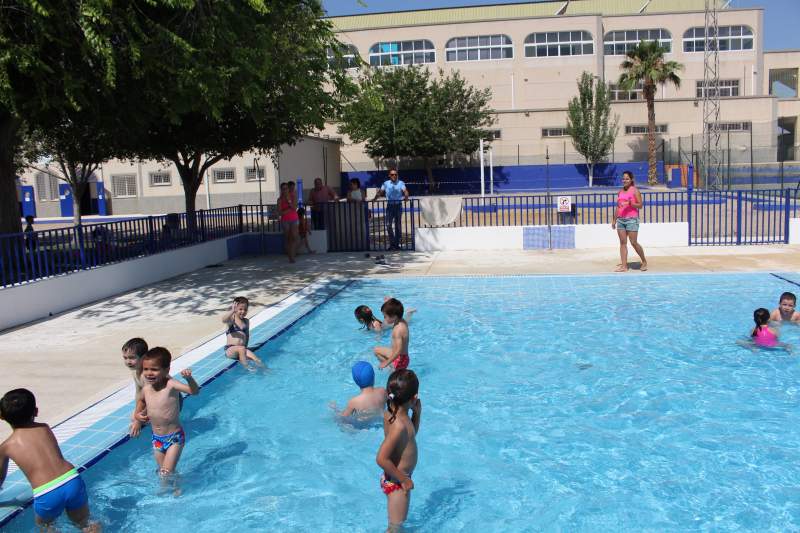 More fun HUERCAL-OVERA town hall announced that this year’s Summer School will commence on June 28, remaining open from 9am until 2pm each day until August 13.  Activities will include art, drama, cognitive skills, logic and reasoning but also sports, swimming and traditional games as well as educational support classes.

Open again ALMERIA CITY’S cathedral, which shut during the State of Alarm and reopened to visitors in July 2020, later closed to sightseers when the Covid situation worsened.  It is now open to tourists as well as worshippers and can be visited on Fridays and Saturdays between 4pm and 7pm.

Pulpi triumph FOURTEEN-YEAR-OLD Laura Diepstraten from Pulpi recently won the first edition of the International Low Vision Song Contest, Eurovision’s festival for the visually-impaired.  Laura wrote as well as performed Otra vision (Another outlook) which online voters ranked first, ahead of Night from Turkey and The Light from Cyprus.

Too small FOLLOWING an anonymous tip-off alleging irregularities in the food served at an Almeria City restaurant, Guardia Civil officers visited the establishment where they found two freezers containing 28.68 kilos of immature octopus weighing less than the one-kilo legal minimum. After passing health checks, this was then donated to charity.

At last SIX years after Fuente Victoria’s last grocery shop closed, another has opened thanks to the mayor’s Plan Fuente Victoria Emprende, created to encourage start-ups in the small (population 300) Alpujarra municipality.  Residents can now buy food, basic supplies, toiletries and cleaning products without having to go further afield.

Shanty fire ONE HUNDRED shacks in Nijar’s shanty settlement were destroyed by a fire that broke out shortly before midnight last weekend.   Controlled by 3am, it needed further attention after reigniting although all its immigrant worker residents were safely evacuated, including a 45-year-old man transferred to Torrecardenas hospital with burns.

Royal visit SPAIN’S King Felipe VIs visits Viator, today Thursday May 27, as an observer during the Legion’s Rey Alfonso XIII Brigade manoeuvres. These are designed to adapt the Army to the operational situations foreseen for this and future years that could be “unpredictable, changeable, unstable and increasingly complex.”

Home ground TOURISM professionals believe it is too soon to recover Almeria’s international tourists and, for this summer at least, they are focusing on national tourism.  The Diputacion’s Tourism councillor Fernando Gimenez agreed, based on booking statistics, and predicted that Almeria would be a favourite destination for Spanish visitors.

Enigma solved EXCAVATIONS at Los Millares in Santa Fe de Mondujar should put into context several exhibits at Almeria Museum.  The Bronze Age archaeological site was looted in the 1960s and some artefacts sold, while others that were inevitably undated and documented found their way to the city museum.

The Euro Weekly News is running a campaign to help reunite residents in Spain with family and friends by capping the cost of PCR tests for travel. Please help us to urge the UK government to cap the costs.