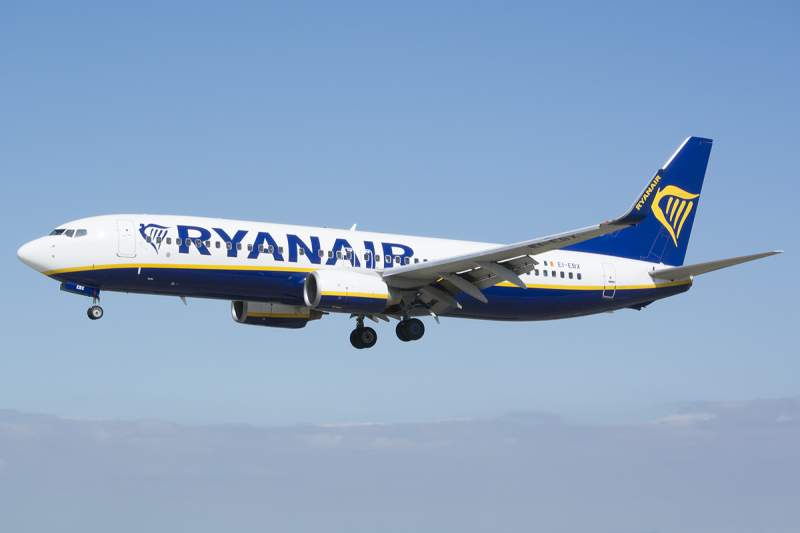 Ryanair Invests In Boeing Plane That Is 40 Per Cent Less Noisy. Image - Ryanair

Passengers on a Ryanair flight from Athens to Vilnius in Lithuania, today, Sunday 23, witnessed an unprecedented action in the history of aviation, as their aircraft was the subject of a ‘bomb scare’ alert, with fighter jets reportedly scrambled towards the plane, forcing it to make an emergency landing in Minsk, the capital city of Belarus.

As soon as the aircraft landed in Minsk, a 26-year-old journalist, Roman Pratasevich – who was travelling on the flight – was arrested, according to the Daily Express.

Pratasevich is reported to be an enemy of Belarus president Alexander Lukashenko, and had been living in exile, with the Belarus Defence Ministry confirming that Mr Protasevich has been detained today, while Vesna, the human rights centre said, “Roman Protasevich was detained. He was on the Ryanair flight Athens – Vilnius”.

Gitanas Nausėda, Lithuania’s president said angrily on Twitter,  “Unprecedented event! A civilian passenger plane flying to Vilnius was forcibly landed in #Minsk. Belarusian political activist & founder of @NEXTA_EN was on the plane. He is arrested. Belarus regime is behind the abhorrent action. I demand to free Roman Protasevič urgently!”.

NEXTA reported, “Protasevich was on board a flight heading from Athens to Vilnius. He faces the death penalty in Belarus. The Lukashists seized the plane in order to arrest Protasevich”.

Svetlana Tikhanovskaya, leader of the opposition in Belarus, who has also been forced into exile, said, “It is absolutely obvious that this is an operation by the special services to hijack an aircraft in order to detain the activist and blogger Roman Protasevich”.

She continued, “The regime endangered the safety of passengers on board, and all civil aviation for the sake of reprisals against a man who was the editor of the largest Belarusian independent Telegram channels”.

Tikhanovskaya warned, “From now on, not a single person flying over Belarus can be sure of their safety. After all, the regime is abusing the rules of air traffic in order to capture those who disagree”.

Prime minister of Lithuania, Ingrida Šimonyte tweeted, “Passengers and crew of Ryanair flight en route from Athens to Vilnius have been put in danger – when forcibly landed in Minsk. We demand that the plane and passengers be allowed to fly to Vilnius immediately!”.

Belarus authorities have since reported that its bomb disposal unit examined the Ryanair plane but no explosives were found.