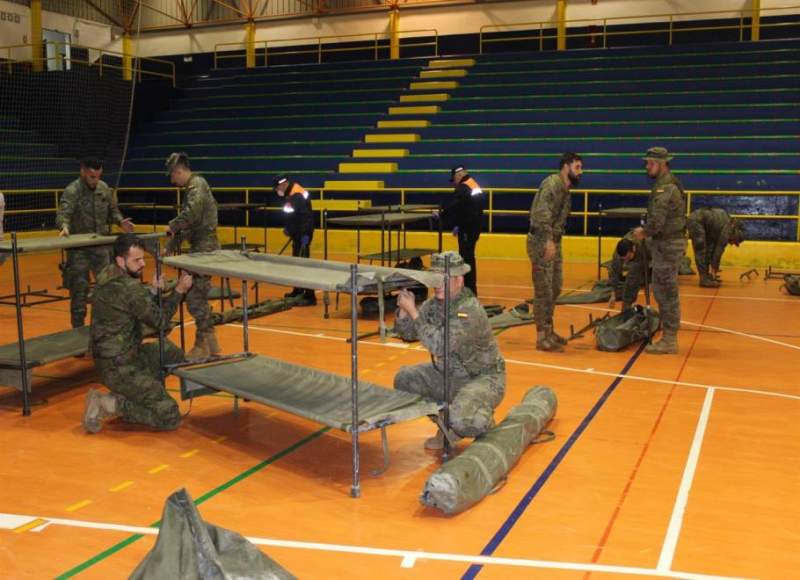 The Executive of Ceuta and the Government Delegation ruled out setting up a camp of military tents next to the Centre for the Temporary Stay of Immigrants (CETI) in Ceuta to house part of the nearly 800 Moroccan minors who still remain in the city after the migratory crisis unleashed by Morocco on Monday, May 17, and instead have opted to set up a sports center to accommodate approximately 250 children and adolescents.

As reported by the regional government in a statement, the General Command of Ceuta has been in charge of installing bunk beds inside the ‘Santa Amelia’ sports center, on the outskirts of the city, to reopen it as an ” emergency appeal “, as was done during the first state of alarm in the period of home confinement to confine unaccompanied foreign minors who were then living on the street.

Moroccans under 18 years of age who used to roam the streets of Ceuta will be now be accommodated in three homogeneous groups of around 250 members in a warehouse in Tarajal, in prefabricated modules where 10 migrants are in isolation having been tested for coronavirus.

The Minister of Health, Alberto Gaitán, has “thanked” and “congratulated” the security forces, the Armed Forces and the emergency services and Civil Protection for their role “in managing the serious border crisis generated since they entered on Monday, in an uncontrolled way, thousands of people to the city “.

Spanish prime minister, Pedro Sánchez, cancelled a trip to Paris to travel to Ceuta and Spain’s other exclave city, Melilla, where 86 people managed to jump the border fence in the early hours of Tuesday morning. Of the 8,000 people who had arrived in Ceuta since Monday, either swimming or using makeshift flotation devices, nearly half have been sent back to Morocco, according to the Interior Ministry, which has not given more details about the expulsion procedures employed.

The unprecedented crisis in Ceuta has left many unanswered questions, ranging from the reasons why the Moroccan authorities let so many people breach the border – apparently a diplomatic punishment – to the way in which the thousands of people, including hundreds of minors, will now be taken care of.