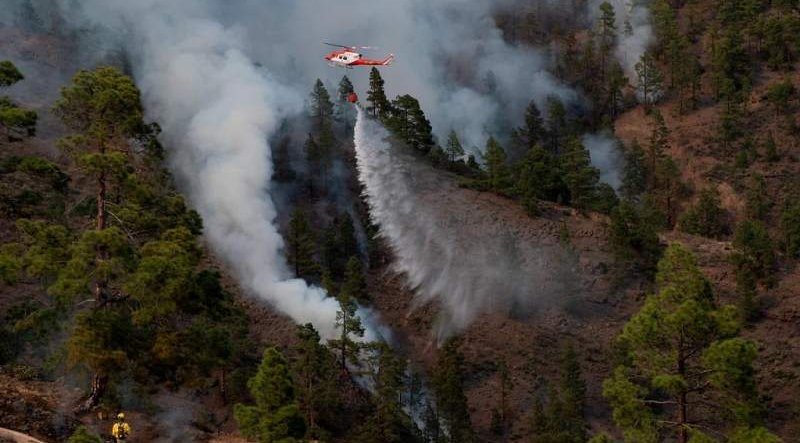 The forest fire that broke out on Thursday, May 20, in the municipality of Arico, in Spain’s Tenerife, is now stabilised. More than a hundred firefighters worked through the night (Saturday) to bring the massive forest blaze under control.

Crews fought on and carried out the arduous and dangerous work, focusing in recent hours controlling the perimeter hot spots, reported the Emergency and Security Coordination Center (Cecoes) 112.

Manuel Durbán, the director-conservator of the Teide National Park, issued a resolution on Friday through the Cabildo de Tenerife, notifying the public that several trails that pass through the park are of course closed until the fire is extinguished.

The weather conditions were favourable during the night and with the arrival of daylight, emergency crews had begun to use aerial means to drop special fire-retardant liquid over the remaining flames- five helicopters and three seaplanes were involved in the final hours.

On Saturday, it was just possible to keep the fire contained in the 27 kilometres of the perimeter, encompassing an area of 3,300 hectares,

Finally, the Government of the Canary Islands has announced out that in view of the better forecasts of the fire, the UME brigade that was dispatched from Gran Canaria will be withdrawn first thing this Sunday morning and the Tenerife fire services will remain on standby.