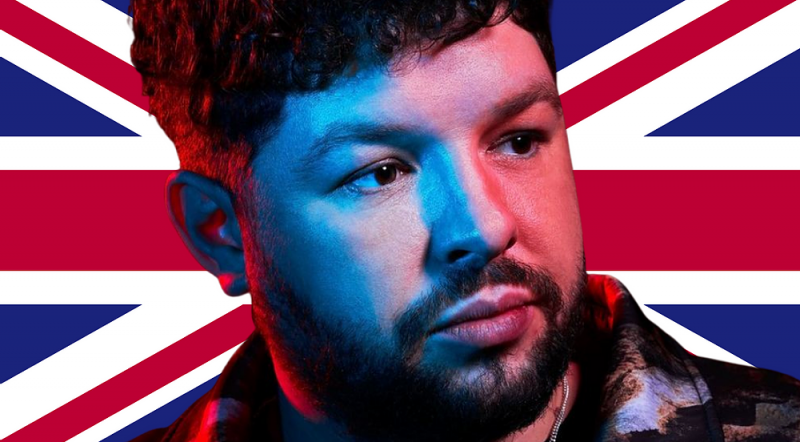 James Newman started with odds of 100/1 to win Saturday nights Eurovision Song Contest 2021 but many fans were certain his sing Embers would resonate with viewers. Sadly when the jury vote and public vote were announced it was revealed the UK had been placed last.

As the host announced the dismal score, the Ahoy Arena in Rotterdam erupted with a mix of boos and cheers as James received the disappointing news. However, he took it in his stride as he stood up and celebrated the UK and encouraged the crowd to cheer for him.

Britain was the only country to not pick up a single point and came dead last in the competition last night amid more accusations of “political voting”. Host Graham Norton said the UK’s entry James Newman – the younger brother of singer John Newman. – really didn’t deserve to receive NO points.

“It really wasn’t the worst song,” he added. People booed in the crowd as the result was announced, showing solidarity with the singer-songwriter. But it was not a shock for most viewers- one said: “What do you really expect when you were already the uncool kid in class and then you brexit? #Eurovision”

Another added: “Does it really surprise anyone that UK didn’t get any votes #Eurovision”

The lack of effort the UK puts into its entrant is always diametrically opposed to the vast number of British viewers who tune in to enjoy the camp spectacle, but this year the contest reached new heights, providing high-concept escapism and a much-needed reminder of the value of the arts in providing inspiration, comfort, and bizarre talking points, all spaced out in equal measure of course.

The likeable host Nikkie de Jager, one of the Netherlands’ biggest stars as her YouTube beauty alias, NikkieTutorials, coined “Douze or lose” which must surely replace “nul points” in the Eurovision lexicon.