Arrest Made Over Forest Fire In Sierra De Pedroso, Archidona 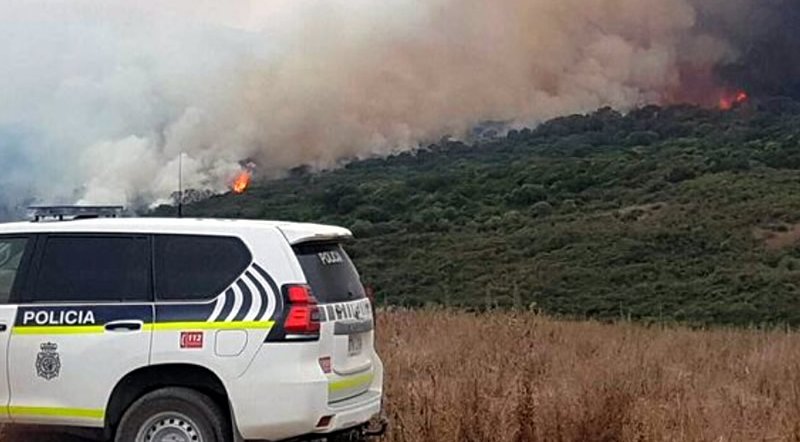 ARREST Made Over The Forest Fire That Occurred In March In Sierra De Pedroso, Archidona
National Police officers in Malaga have arrested a 52-year-old man, charged with being the suspected perpetrator of a blaze that broke out on March 13, that subsequently destroyed 630m² of forested land in the region of Sierra del Pedroso, in the Malaga town of Archidona.
According to officials from the Junta de Andalucia, the fire destroyed Mediterranean scrub, esparto, matagallo, kermes oak, wild olive, and grass, but thanks to the hard work of the specialist Plan Infoca crews, the blaze was quickly and efficiently brought under control before further devastation could take place, as reported by malagahoy.es.

Immediately after the fire had been extinguished, specialist officers from the Malaga Assigned Unit began investigative work to determine the cause of the blaze, and also to establish the exact location of its source.

A full investigation was carried out, in conjunction with officers from the fire investigation department Corps of Environmental Agents of the Junta de Andalucía, and the starting point of the blaze was quickly established.

During the investigation, they searched a farmhouse where a discarded cigarette butt was found, which was clearly the cause of the fire, landing among fine and dry grass, it had ignited and caused the rapid spread of the flames to the surrounding area.

It was discovered during the search that the farmhouse lacked the Forest Fire Prevention Plan required by law, and at the exact same time as the fire had broken out, a raid had been carried out on a gang who had been illicitly hunting wild boar in the vicinity, and the investigating officers were led to believe that one of these men had discarded the cigarette butt.

After summoning the suspect, and during questioning by the police, the man admitted to being the one responsible for starting the fire, and, after giving a statement, has been charged with the crime of negligent forest fire, and the detainee has been placed at the disposal of the Court of First Instance and Investigation of Archidona, for sentencing.