Blaze At Nijar Immigrant Settlement in Almeria Suspected To Be Arson 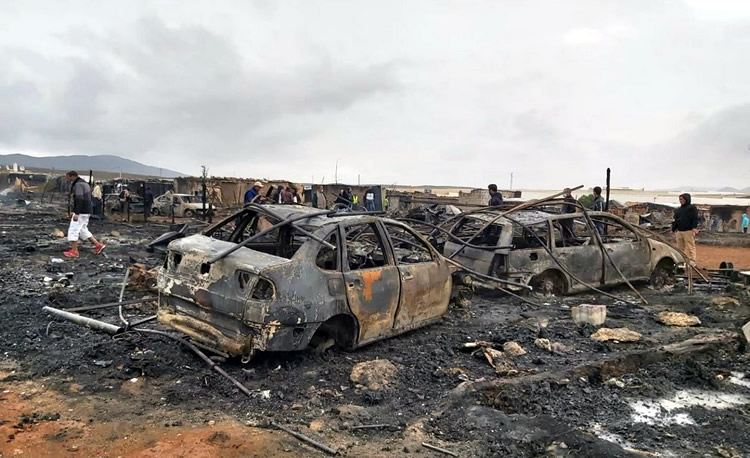 A fire that tore through one of the largest shanty towns in Nijar, in the province of Almeria during the early hours of Sunday morning (May 23), destroying around 100 shacks, and leaving some 200 immigrants homeless, is thought to have been the result of arson.

Emergency services, including both the Almeria and Levante Fire Brigades, were deployed to tackle the blaze at Nijar, which was brought under control by around 3am on Sunday morning.

Residents say the blaze was reported to have broken out at around midnight on Saturday into Sunday, after two people had an argument with some of the women who lived in the settlement, and the Guardia Civil has since arrested two individuals on a charge of suspected arson.

One 45-year-old man is said to have suffered serious limb injuries and after being taken to the Torrecárdenas Hospital in Almería, he was subsequently transferred to a hospital in Granada for treatment.

The settlement in Gualili, located in the area known as Las Chozas, covers 8,000m² and is home to more than 800 Moroccan and sub-Saharan immigrants who work in the greenhouses of Níjar.

A spokesperson for Almería Acoge – an association, which has a long history of working for the coexistence between immigrants and Almeria since 1987 –  said, “There are no words to describe the new fire in a shantytown. The third in seven days is one of absolute impotence”

They continued, “We have become accustomed to people living badly in these spaces and we look the other way when some misfortune happens. More than 200 houses burned, one injured, and a lot of misery”.

Different organisations, including the Spanish Red Cross are working in the area to deliver food and goods such as blankets and masks to the affected residents of the settlement, as reported by sevilla.abc.es.