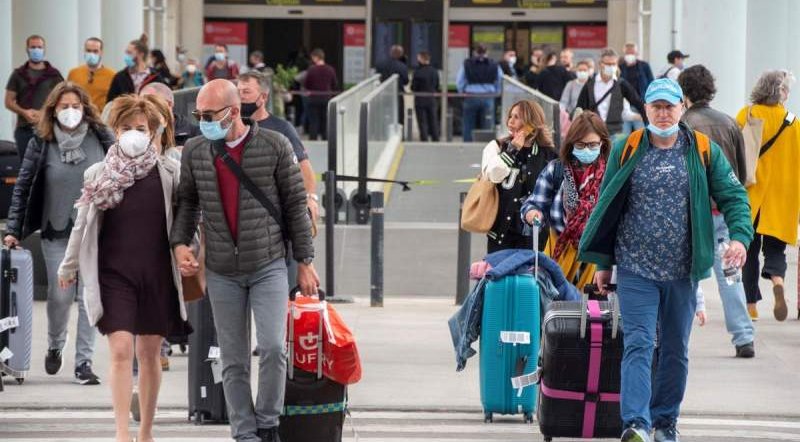 British Tourists Start To Arrive In Spain From Today Without A PCR Test – But Not Everyone Is Happy About It!

BRITISH tourists started to arrive in Spanish airports this morning, Monday, May 24, after the government of Pedro Sanchez gave the all-clear to UK citizens to enter without the need for quarantine. According to a report from the Daily Mail, thousands are arriving here with no travel insurance too.

However, a quick trawl through a few British expat Facebook groups revealed an interesting fact – not everyone is happy about the Brits returning with many worried about the Indian Covid variant gaining a foothold in the UK. With Covid incidence rates dropping to nearly 160 per 100,000 inhabitants in Spain there are serious worries that the otherwise welcome holidaymakers could push back declining Covid rates.

Speaking on Friday at the Fitur tourism fair in Madrid, Spanish President Pedro Sánchez confirmed that from Monday, travellers from the UK and Japan and the other countries already on the list “will be able to enter the country without health controls on arrival.” He added that, from June 7, “tourists from other countries with which there is not complete free movement, among them the United States, will be able to enter Spain provided they count on a certificate showing they have received their full [Covid-19] vaccinations.”

The president also conveyed these messages in English, so that, in his own words, they reached the international press. “I am pleased to inform you that the ministerial order will be officially published today exempting citizens from the UK and other countries such as New Zealand, South Korea or China from temporary restrictions for non-essential trips to Spain,” he said. “I can therefore announce that from next Monday, May 24, Spain will be delighted to receive British tourists again into our country.”

However, a tweet later released by the Spanish Embassy in the United Kingdom did clarify that travellers will still have to complete a so-called “health form” before they travel.