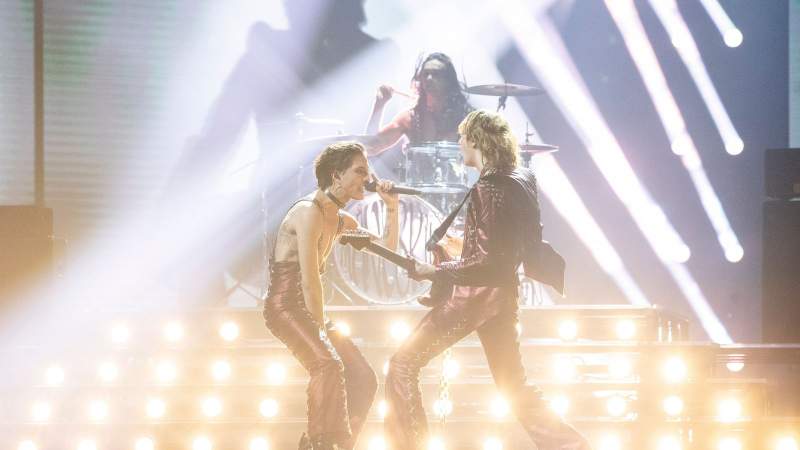 The European Broadcasting Union (EBU) has issued a statement this evening, Monday 24, announcing that the singer from Måneskin, the winning band of Eurovision 2021, has tested negative for drugs.

The Italian artist, whose name is Damiano David, had vehemently denied any drug-taking either by himself, or his bandmates, and even asked to take a voluntary drug test to prove his innocence, after he had been accused of taking cocaine in the Green Room at the contest.

A statement from the European Broadcasting Union (EBU), said, “Following the allegations of drug use in the Green Room of the Grand Final of the Eurovision Song Contest on Saturday, May 22, the European Broadcasting Union (EBU), as requested by the Italian delegation, has carried out a thorough review of the facts, including checking all available images”.

It continued, “The main singer of the band Måneskin also voluntarily carried out a drug test today, which yielded a negative result verified by the EBU”, according to 20minutos.es.

Clément Beaune, the French Foreign Minister, who had been in Rotterdam for the contest, to witness the French entry come in second position, told RMC radio on Sunday that the organisers of Eurovision had the responsibility of the “honor of the contest”, telling the radio station, “I think there should be no question here, and full transparency”.

He added,  “If there is a problem, there are sanctions … Sanctioning measures are foreseen, including possible disqualification in case of problems”, but now, his comments are unfounded and as Eurovision confirms the negative test, the Italian group, who gained a total of 524 votes, retains its place as the winner of Eurovision 2021, with France second, and Switzerland third.