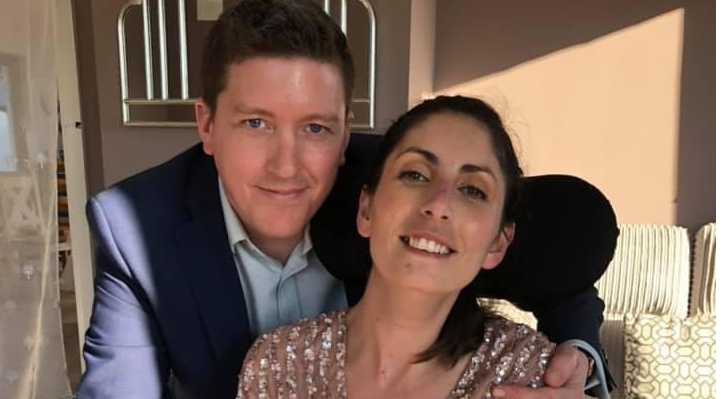 IT was in May 2020 that Ruth Staines was diagnosed with Motor Neuron Disease (MND) and less than a year later in April of this year she sadly died despite a defiant battle against the disease.
Now, her partner Alisdair Anderson has decided that he needs to raise funds for the Irish Motor Neuron Disease Association in memory of Ruth and he will be cycling from Dublin (where they last lived) to Nerja where they spent five happy years together.
The journey is not for the feint hearted and Alisdair expects to cover the 2,750 kilometres in around two months (which allows for rest days and any unforeseen circumstances) and expects to arrive on July 17.
He has set up a just giving page which has already raised just over €38,500 from more than 1,000 supporters at https://www.justgiving.com/fundraising/ruth-staines?utm_source but as he moves through the UK, France and then Spain, he hopes that more people will be attracted to give their support and donate.
There is no target as he doesn’t want to ‘tempt providence’ but will simply rely on the goodwill of people which is why we at Euro Weekly News are more than happy to publicise his ride, knowing as we do, how generous and kind hearted our readers are.
MND/ALS is a neurological disease that impacts the nerves which enable movement of muscles and presents challenges to completing some of life’s most simple tasks that you might do every day with your hands, feet, legs etc.
For Ruth, it began to affect her legs first, but as it progressed it prevented her from being able to even send a private text message or play her beloved Candy Crush, simple things we all take for granted.
Alisdair was a chef at Restaurant 34 in Nerja for many years although he first visited in 1994 with his family and regards it as not only his second home but also as the place where he spent too little time with Ruth and because of the pandemic has not been able to return to work in Dublin so has time to devote to this journey.
As Alisdair explained his charity choice it becomes obvious how much it helped him and Ruth during what was such a dreadful time;
“The Irish Motor Neuron Disease Association provides care and support to people with MND, their families, friends and carers. Without them, we would have been lost.
“The support they provided to Ruth throughout her illness allowed her to live a much more comfortable life. From mobility and wheelchairs, nursing, homecare support, counselling – these were all critical services we depended on.
“They also provided Ruth with Eye Gaze technology, which allowed Ruth to send messages, flick through Tick Tok and of course play Candy Crush – all without the use of her hands.
“I can’t thank them enough for the speed in which they moved, as time sadly was never on Ruthies side. All of these services cost money, however, and I’m aiming to do my bit to support these services by raising vital funds for IMNDA.
Although much of the cycling will be done solo, Alisdair will be joined part of the way by Ruth’s brother Mark and he has worked out a route which may not be the shortest but will bring him to Nerja via the Spanish east coast which should be cooler than cycling through the summer heat of central Spain where he hopes to meet up with old friends and by then will have got his Spanish vocabulary back up to speed.