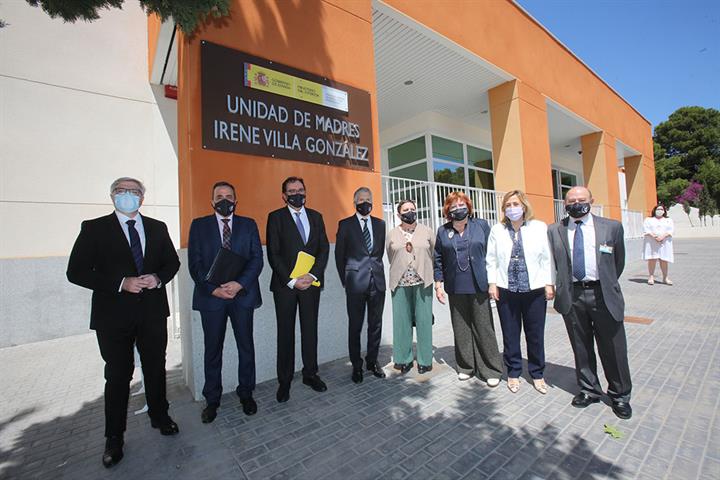 The Interior Minister, Fernando Grande-Marlaska, has visited the “Irene Villa” Mothers Unit of the Alicante prison complex, the fourth of its kind open in the prison network and which began to take in inmates with children under three-years-of-age in their care in October 2020.

During his tour of the facilities, the Minister was accompanied by the secretary general of Penitentiary Institutions, Angel Luis Ortiz, and the deputy delegate of the Government in Alicante, Araceli Poblador, as well as other members of the general secretariat and the management team of the complex penitentiary.

The Minister of the Interior said he was interested in knowing the work of these types of units which were designed to alleviate the impact of prison can have on children whose mothers’ lose their freedom. Currently 13 mothers and 12 children live in the “Irene Villa” Mothers Unit.

Grande-Marlaska said he wanted to see the facilities first-hand and to send a “message of support” to initiatives that seek to “Preserve the rights of inmates who, by court ruling, are deprived of freedom of movement but not of the rest of their rights. ”

In the Alicante Penitentiary Complex, the “Irene Villa” Mothers Unit is an independent building that houses 32 rooms, one of them adapted for people with reduced mobility and two doubles designed to house a mother with a child and a pregnant woman. Each standard room has an area of ​​22 square meters covering a small living-dining room, office, bedroom and bathroom.

The mothers’ units are separate from the main prison and are designed according to the needs of children to live a happy childhood even if their mother is imprisoned. Security measures are configured in such a way that they are not perceived by the children.  The “Irene Villa” Mothers Unit in Alicante is the fourth of its kind in Spain after similar facilities opened in Madrid, Seville and Mallorca.