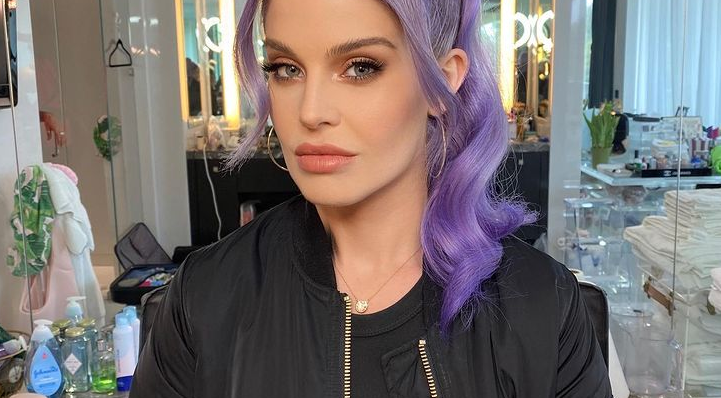 On Sunday, the 30-year-old actress was seen heading to a meeting in Malibu, where she wore a low-cut blazer with distressed skinny jeans and black Louboutin shoes.

The outfit highlighted the reality star’s assets while also showcasing her incredible body, and she wore her platinum locks in a ponytail and wore thick-framed black frames.

Kelly wore a matching black mask with her trendy black outfit to her meeting with producer Jeff Beacher, as per coronavirus guidelines.

Approximately 75% of the stomach is removed during this procedure, resulting in the stomach taking the form of a “sleeve” and restricting food intake.

Kelly opened up on her surgery after the stunning star replied to a comment made by her friend Jeannie Mai’s mum on her Instagram, who had written: “Oh my gosh, you lost a lot of weight”.

Kelly wrote back: “That’s right mamma Mai, I lost 85lbs since I last saw you. Can you believe it?”

And opening up to Hollywood Raw with Dax Holt and Adam Glyn, Sharon and Ozzy Osbourne’s daughter revealed: “I had surgery; I don’t give a f**k what anyone has to say. I did it. I’m proud of it. They can suck s**t. I did the gastric sleeve.”

Kelly continued: “All it does is change the shape of your stomach. I got that almost two years ago. I will never ever ever lie about it ever. It is the best thing I have ever done.”

Explaining the reasoning behind her decision, she went on: “I want to be very clear about this kind of surgery I had: I didn’t have a gastric bypass.

“The kind of surgery I had, if you don’t work out and you don’t eat right, you gain weight. All it does is move you in the right direction.”

Kelly has also credited her vegan diet for helping her with her transformation, but admits she does miss cheese.

The star told HuffPost: “Once I learned how to work out right and eat right, it’s one of those things that you just have to commit to a life change rather than being on a diet.”

As reported by OK Magazine