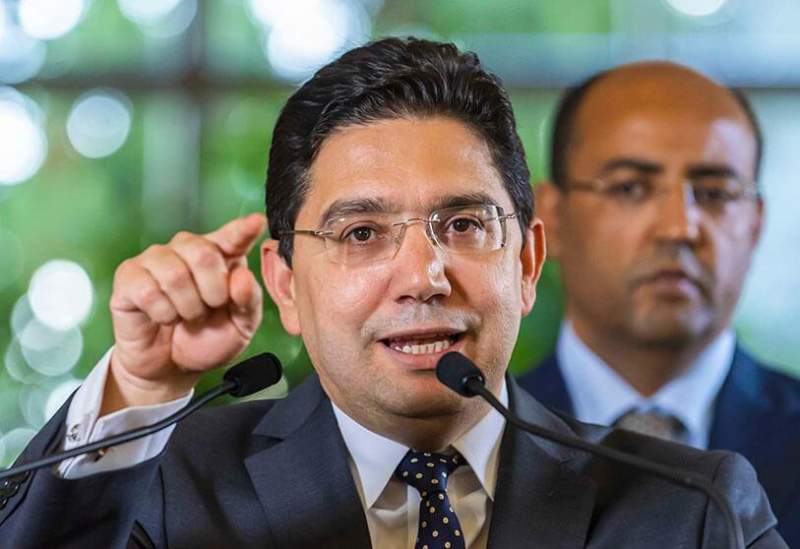 The Moroccan Minister of Foreign Affairs, Naser Burita, said that despite reports to the contrary, “there has been no contact with Spain since the outbreak of this current crisis”, caused by the secret entry into Spanish soil of the General Secretary of the Polisario Front, Brahim Ghali, to being hospitalised for cancer and Covid-19 treatment in a hospital in Logroño.

Burita was interviewed by the French radio station Europe 1, and in his own words, he wanted to explicitly deny the Spanish Minister Arancha González-Laya, who said on Radio Nacional de España that Spain and Morocco are having ‘discreet conversations’.

“Contrary to what the Minister says,” declared Burita, “there have been no contacts since the outbreak of the crisis (in mid-April), and contrary to what she says, we were never informed about the arrival of that individual” in Spain.

Burita made the distinction between the European Union and most of its countries, with which there is “a very good relationship” and “a hostile attitude from Spain” that has created, he says, this bilateral crisis.

“Today there is a problem of trust and mutual respect with Spain,” he added, and warned, more explicitly than the previous days: “Now Spain has to find a solution: if it opts for the exit (of Ghali) from it The way it entered is that it seeks to aggravate the crisis or even break up “.

It was also learned on Sunday, May 23, that Morocco has accepted the return of 7,500 people of the almost 9,000 who entered the city illegally, among those who left voluntarily and those forced to return, according to figures offered by the Government Delegation in Ceuta and without the has offered the least information about it.

On Saturday, the President of the Government, Saadedin Otmani, referred to the crisis with Spain but ignored the migratory avalanche; Rather, he focused on asking European countries for “clear speeches” on Western Sahara, given its supposed opacity, and recalled, in obvious allusion to Spain, that Morocco never agreed to support Catalan separatism.

One of the groups most affected by the migration crisis are the so-called “cross-border”, Moroccans who worked in Ceuta (there are about 3,500) in domestic service, assistance or manual jobs and who had been without work since March 2020, when Morocco closed the land border with Ceuta.

The general secretary of the Colectivo de Transfronterizos, Chakib Marouan, said that many members of his collective took advantage of the border lack of control last Monday to appear in Ceuta and claim their jobs, but in almost all cases they encountered employers who advised them to go back and look for a legal formula to return at another time.

Now the majority have returned to their homes in Castillejos and its region, and are asking the government for help to be able to move forward in the absence of a clear horizon of opening the border.

There have been calls for the boycott of Spanish products in Morocco, which emerged on social networks, to protest against the attitude of Spain when welcoming the General Secretary of the Polisario Front, Brahim Ghali, this has been cited as the origin of the current crisis; however, the campaign, started on Facebook and Twitter, does not have many followers and has not caught on among the population so far.