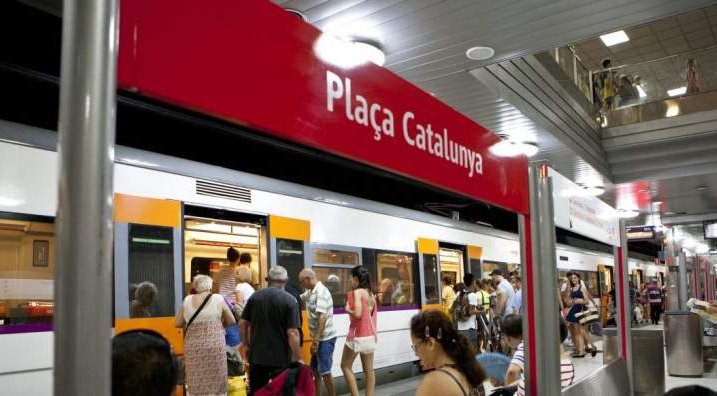 Renfe Catalonia To Strike On Tuesday Just As International Tourists Flood Back In. image: Pixabay

Renfe Catalonia To Strike On Tuesday Just As International Tourists Flood Back In.

Spanish rail operator Renfe in Catalunya has scheduled a day of strike for Tuesday, May 25, to bring to everyone’s attention the ‘working conditions of their workers.’ Unions have planned peak-hour work stoppages in the morning and afternoon.

This comes as thousands of British tourists have travelled to Spain and are being welcomed back by the government. No PCR test is required and the arrivals do not have to quarantine. Airports across Spain were busy for the first time in almost 15 months this morning as British holidaymakers went through customs to be greeted by a warm and bright sunny Spain. As far as we understand, there have been no reported instances of Spanish customs agents turning away tourists today.

The CCOO and UGT unions have called on the workforce of Renfe’s commercial services in Catalonia to go on strike on May 25 to denounce the lack of workers, which, in their opinion, prevents them from guaranteeing a ‘quality of service to rail customers.’

The strike, which is planned to happen in the hours of 7 a.m. to 10 a.m. and 4 p.m. to 7 p.m., is one more of the acts of protest that unions have been doing for years to demand more staff for these services, which currently have about 300 workers.

The Secretary General of CCOO for Renfe Adif in Catalonia, Víctor de la Cruz Segarra said, quote, “For years we have asked for more staff. The lack of personnel is causing, for example, that there are trains that operate without controllers, with the insecurity that this implies for travellers if there are incidents or attacks.”

Spanish train operator Renfe has reportedly returned a total of €97.5m to customers who have cancelled around 2.6m tickets with the company since the start of the pandemic in March 2020, as a result of the continuing restrictions on travel during that time.

During the first lockdown, Renfe refunded a reported €38.5m, and then since last October, another €59m, as the company honoured its extraordinary pledge – right up until last Sunday 9 when the state of alarm ended – applied to all trains nationwide, whereby they promised to refund any ticket in full, or change a ticket, free of charge, to any passenger who could not fulfill their trip with them, even if they simply changed their mind about travelling.