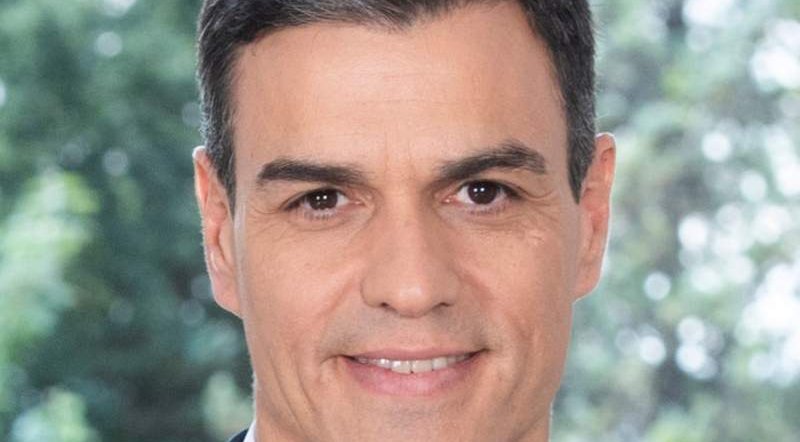 Prime Minister Pedro Sanchez and two senior ministers have been trounced by Spanish media outlets for using a helicopter to travel to a green energy event in Toledo after announcing Spain would end short flights.

Travelling to promote his environmental proposals, including a ban on flights on routes that can be made in two and a half hours by train, Sanchez, the Minister of Ecological Transition, Teresa Ribera and the Minister for Industry, Reyes Maroto, decided to arrive in the city by helicopter on May 24.

The distance between Madrid and Toledo is just 45 minutes by car and 25 minutes by train. The reason given for Sanchez using a helicopter to cover such a short distance is that he urgently needed to attend an extraordinary summit in Brussels with other European Union leaders to address the management of immigration and other issues.

Launching the ‘Spain 2050’ strategic plan last week, the Prime Minister said, “It is recommended to ban flights on those journeys that can be made by train in less than 2.5 hours.” The prohibition would impact routes between Madrid and Valencia; Seville and Alicante for example.

The strategy document aims to make Spain one of the most environmentally friendly countries in Spain and one that focuses extensively on the move towards renewable energy and modernise Spain in nine key areas over the next 30 years including the economic and social effects of the pandemic, climate change, digitisation, ageing, social cohesion and equality between men and women.

Among other plans mooted in the document is a move to reduce the Spanish working week to just 35 hours by 20250.

“Let’s talk to decide which country we want to be in 30 years,” Sanchez, the leader of the socialist PSOE party said on May 20.

“Forty years ago, we agreed to transform Spain, so let’s sit down and decide what Spain we want to be in 40 years,” Sanchez said in reference to the end of the Franco regime and the cross-party negotiations that transformed Spain from a dictatorship to a democracy.

“It is difficult for us to recognise our own merits as a country, but few countries have something as rigorous and concrete as what we are presenting today,” he added.