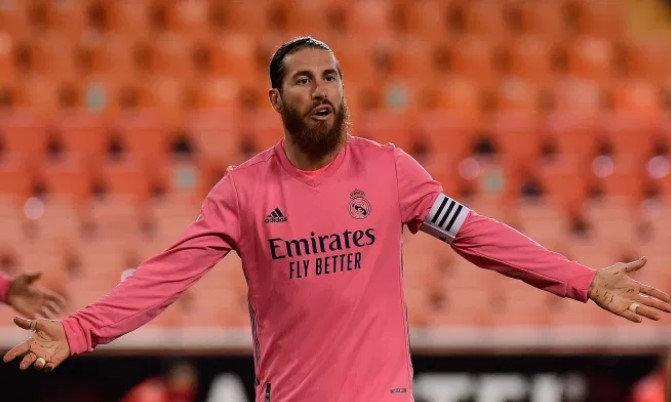 Spanish football fans are in shock today, Monday 24, after Luis Enrique announced his squad for the Euro 2020 tournament, and he had dropped his captain – the nation’s most-capped player – Sergio Ramos, from his squad, according to The Sun.

Ramos has had an injury-plagued season with Real Madrid, only making 21 appearances in all competitions for his club, but he had started in nine of his country’s ten qualifying matches to help them qualify for the finals in June, and is a national hero in Spain after helping them win two European Championships, and the World Cup in 2010.

Manchester City‘s 20-year-old defender, Eric Garcia – who is tipped to join Barcelona next season –  has been chosen ahead of Ramos, despite only starting one match all season for the English champions, who also have another defender, Aymeric Laporte included in the squad, after he turned his back on the French national team in favour of Spain.

The amazing fact about this Spain squad is that for the first time in history there is not a single Real Madrid player featured in it.

Luis Enrique said about Ramos, “It was a very difficult decision but Ramos has not been able to compete or train very much recently. I would have liked Ramos to be in the squad but I did not think it was viable because he has practically been unable to compete”.

Obviously disappointed by the news, Ramos tweeted, “After a tough few months and a strange season unlike anything I have experienced in my career comes the Euros. I have fought and worked every day, in body and soul, to be able to reach 100 per cent for Real Madrid and the national team but things don’t always work out the way we’d like”.

Adding, “It pains me not to have been able to help my team more and not to play for Spain but, in this case, the best thing to do is rest, fully recover and come back next year as we’ve always done. It hurts not to represent your country, but I have to be honest and sincere”.