Spain Welcomes Back The Arrival Of Tourists From Ten Countries 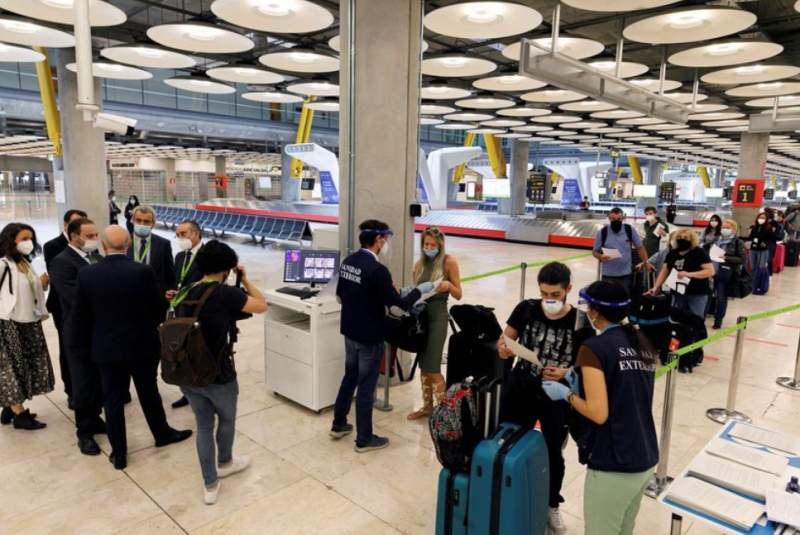 Spain Welcomes Back The Arrival Of Tourists From Ten Countries.

SPAIN welcomed back travellers vaccinated against the coronavirus arriving from the United Kingdom and from nine other countries outside the EU classified as “safe” today, Monday, May 24, they included:  Japan, China, Australia, New Zealand, Singapore, Israel, South Korea, Thailand and Rwanda.

Madrid is following Portugal in letting in Britons without any requirement for tests or proof of vaccination, but ministers have again urged sunseekers not to head to the popular destination.

Meanwhile, French Foreign Minister Jean-Yves Le Drian has suggested it will go the other way and impose tighter controls on visitors from the UK due to fears over the Indian variant.

The British, as always, represent the main source market for tourists to Spain, so the UK tourism sector waits anxiously for Boris Johnson’s government to facilitate travel to the country, which is actually still discouraged except in essential cases by the Foreign Office.

At present, the British Foreign Ministry, the Foreign Office, considers that Spain is in amber, which implies restrictions on the return of the holidays such as quarantines and PCR tests.

The president of the Balearic Islands, Francina Armengol, defended the security of the archipelago as a tourist destination and asks the United Kingdom to “territorialise” the recommendations to facilitate travel for the British tourists.

Interviewed in La Hora de la 1, Armengol argued that the Balearic Islands should be green, with a cumulative incidence of 40 cases per 100,000 inhabitants in 14 days and 20 to seven days: “We could be green for a few weeks. There are many Britons who really want to return to the Balearic Islands and can do so in complete safety. That is why we ask their government to facilitate this possibility of travel,” she said.