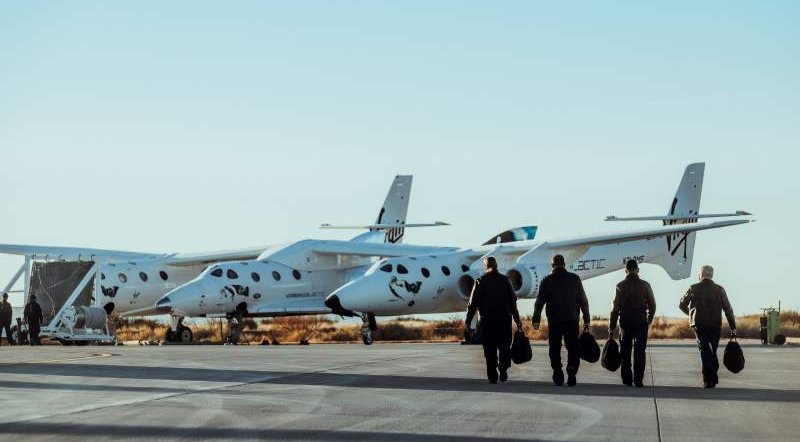 The British billionaire said the flight was “electric”.

Richard Branson’s Virgin Galactic completed its third spaceflight and the first ever spaceflight from Spaceport America in New Mexico.

The VSS Unity achieved a speed of Mach 3 after being released from the mothership, VMS Eve, and reached space, at an altitude of 55.45 miles before gliding smoothly to a runway landing at Spaceport America, on May 22.

The British billionaire said the flight was “electric” and brings Virgin Galactic one-step closer to launching its 600 customers who have paid deposits for their space flights into orbit.

“The whole thing went exactly as predicted. It was elegant, it was beautiful. We had all the lots of family and friends and relatives here. Obviously in these early days of test flights, you’re relieved as much as excited. But it was just one of those magical days,” Branson said.

Virgin charges as much as $250,000 for the once in a lifetime trip into space.

Michael Colglazier, Chief Executive Officer of Virgin Galactic, said, “Today’s flight showcased the inherent elegance and safety of our spaceflight system, while marking a major step forward for both Virgin Galactic and human spaceflight in New Mexico. Space travel is a bold and adventurous endeavour, and I am incredibly proud of our talented team for making the dream of private space travel a reality. We will immediately begin processing the data gained from this successful test flight, and we look forward to sharing news on our next planned milestone.”