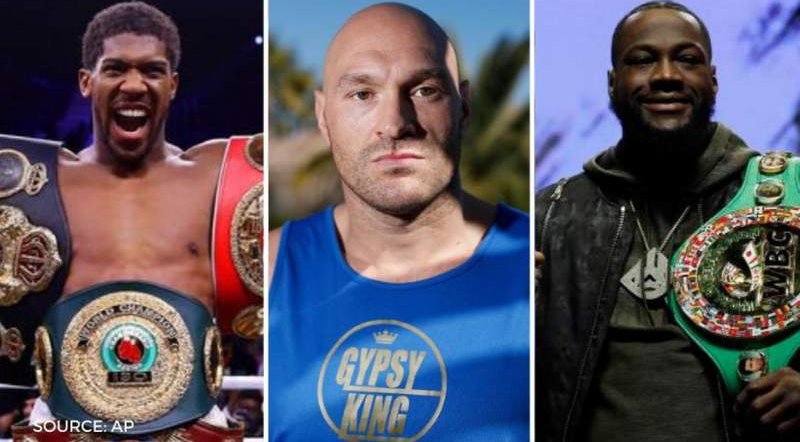 Tyson Fury vows to ‘smash’ Deontay Wilder in one round after fight with delayed Anthony Joshua.

ANTHONY JOSHUA and Tyson Fury will go their separate ways before an anticipated mega-fight at the end of the year. The fight was set for August 14, but Fury will first instead have to defend his WBC title in a trilogy bout vs Deontay Wilder after the US judges ruling.

That fight has been confirmed for July 24, with Joshua now set to take on No 1 contender Oleksandr Usyk this summer.

Fury made the trek from Miami to Las Vegas to see Josh Taylor become undisputed junior welterweight champion by knocking down Jose Ramirez twice to win by unanimous decision. After signing the contract in the backstage area, Fury let Wilder know how the fight is going to play out.

“Wilder’s a p—y, an excuse-maker, and a s–house,” Fury said. “Should we do it and put him out of his misery? Put him seriously smashed to bits? Crack his other side of his skull? Give him another shoulder injury? Another biceps injury, a leg injury, a nutsack injury, the whole lot.

Boxing fans had been awaiting news of Joshua and Fury’s fight but were kept waiting for months after negotiations dragged on – with promoter Eddie Hearn struggling to agree on a suitable site for the event, which will be one of the biggest in boxing history.