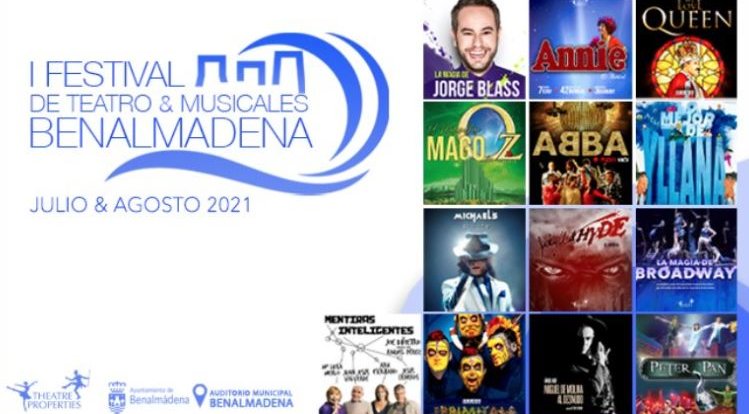 Benalmadena Theatre And Musical Festival Discounts Announced.
Benalmadena residents will be able to enjoy discounts at the theatre and musical festival.
The councillor for Celebrations, Pilar Ramírez, has announced that residents of Benalmadena will be able to enjoy a 10 per cent discount for shows that belong to the first Benalmadena Theatre and Musical Festival. The events will be held in July and August at the Municipal Auditorium of La Paloma.
Tickets purchased through the website will not be discounted though so if you want to take advantage of the promotion you must buy your tickets in person at the box office.
The councillor explained that: “To enjoy this discount, they must purchase their tickets at the municipal auditorium box office, which will open next Tuesday, June 1.”
During June the box office hours at the auditorium run from Tuesday to Sunday from 6.30pm to 10pm, and in July from Tuesday to Sunday from 6pm to midnight according to the town hall.
Ramírez commented that: “This summer we moved the billboard from Madrid to Benalmadena , and included in our programme a selection of the best musicals and plays, at much more affordable prices and in the open air, with the incomparable backdrop of the Benalmadena night.”
The town hall has highlighted that the first edition will include the following shows which are all part of the “current theatrical season in Madrid.”
‘Miguel de Molina al Naked’ (season at the Infanta Isabel Theatre).
‘The Jorge Blass show’ (season at the Rialto Theatre).
‘Smart Lies’ (season at the Amaya Theatre).
‘Annie El Musical’ (season at the Teatros del Canal).
‘The Magic of Broadway’ season at the Espacio Rare of IFEMA).
The best of Yllana (on national and international tour).
‘Michael´s Legacy’ (season at the Calderón Theatre).
‘We love Queen’ (season at the Teatro La Latina).
‘Jekyll & Hyde The Musical’ (season at the Canal Theatres).
‘The Primitals’ by Yllana Teatro (season at the Teatro Príncipe de Gran Vía).
‘Abba Live TV’ (season at the Marquina Theatre).
‘Peter Pan El Musical’ (on national and international tour).
‘The Wonderful Wizard of Oz’ (season at IFEMA’s Rare Space).