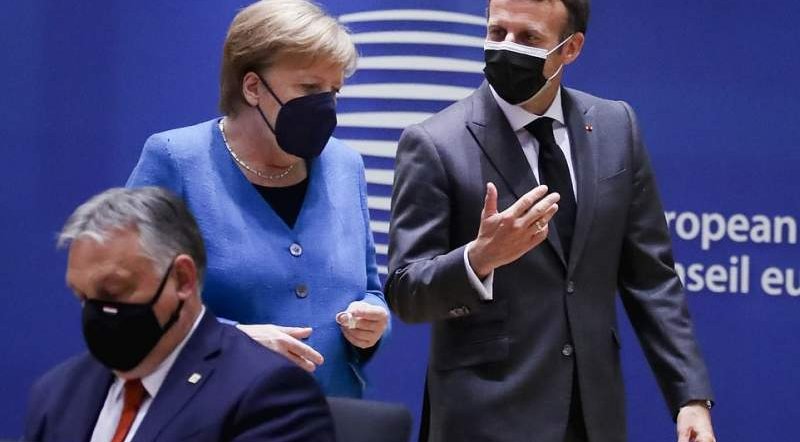 After convening an emergency meeting on Monday, May 25, EU leaders have agreed to apply new sanctions on Belarus, which includes a ban on the use of the bloc’s airspace and airports, after the ‘rogue state’ brazenly hijacked a Ryanair plane in order to arrest what [they] described as a dissident journalist onboard the passenger jet.

At a crunch meeting of the EU Council, the 27-nation bloc also demanded the immediate release of Roman Protasevich, well know to Belarus authorities as a staunch opposition blogger and prominent critic of dictator Alexander Lukashenko, and his Russian girlfriend Sofia Sapega, who was also hauled off the civilian airliner on Sunday.

The EU leaders even decided to slap individual sanctions on officials linked to the operation and demanded the International Civil Aviation Organisation start an investigation into the unprecedented and ‘brazen move’.

Western outrage is growing over the forced diversion of a passenger jet en route to Lithuania from Greece to Minsk Airport by the Belarusian regime on the pretext of a bomb scare – all to arrest the 26-year-old journalist.

The leaders called on their council ‘to adopt the necessary measures to ban overflight of EU airspace by Belarusian airlines and prevent access to EU airports of flights operated by such airlines.’

The text was endorsed quickly by leaders determined to oppose a ‘strong reaction’ to the incident because of the ‘serious endangering of aviation safety and passengers on board by Belarusian authorities,’ according to an EU official with direct knowledge of the discussions who spoke anonymously.

The Dutch arm of carrier Air France KLM has said it will temporarily halt flights over Belarus after Dutch Prime Minister Mark Rutte made an appeal to airlines in Europe to avoid Belarusian airspace.

A ‘so called’ dissident journalist who was dragged off a Ryanair passenger jet and arrested EU Leaders Slap New Sanctions On Belarus After ‘Brazen’ Hijack Scamby the Belarusian regime in an extraordinary ‘war-like’ hijacking on Sunday, May 23, appeared on state TV, Monday, May 24, ‘confessing’ to charges of organising protests and is cooperating with authorities.

“This is how Raman looks under physical and moral pressure. I demand the immediate release of Raman and all political prisoners,” a leader of Belarusian opposition, Sviatlana Thiskanouskaya, wrote on Twitter in English, using the Belarusian spelling of his name.