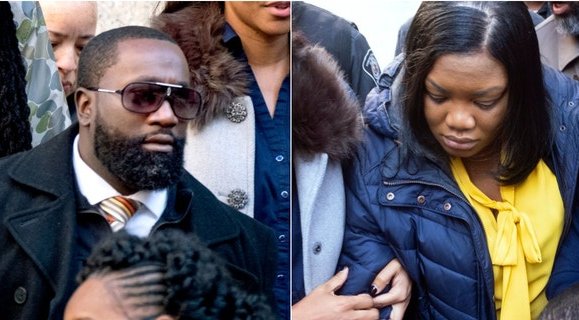 A judge has controversially approved a deferred prosecution deal for two federal jail guards who failed to monitor sex offender Jeffrey Epstein on the night that the wealthy investor apparently hanged himself in his cell.

The guards were charged with lying on prison records to make it appear that they had conducted mandatory checks on Epstein’s cell. The agreement means that the two guards, Tova Noel and Michael Thomas, will escape a conviction and potential jail sentence if they comply with the terms of the deal.

“You shall complete 100 documented hours of community service, preferably related to the criminal justice system, including working with recently released inmates,” said Southern District of New York Judge Analisa Torres at a virtual conference on Tuesday, May 25.

Epstein, a former friend of Presidents Donald Trump and Bill Clinton, was awaiting trial on child sex trafficking charges at the time of his death.

Lawyers for the British socialite Ghislaine Maxwell recently released a photo of her face which appears to show bruising under her left eye. She told her lawyers the bruise might be from shielding her eyes from the light, as she says the guards come to check her condition every 15 minutes.

Ms. Maxwell is accused of helping convicted paedophile Jeffrey Epstein recruit and sexually abuse girls. She has denied all the charges and allegations against her.

Her lawyers have repeatedly complained about her conditions in jail and have made several applications for bail, which so far have all been denied.

The 59-year-old has been behind bars in New York since last summer, awaiting her trial on 12 July. This is the first photo of her released in that time.