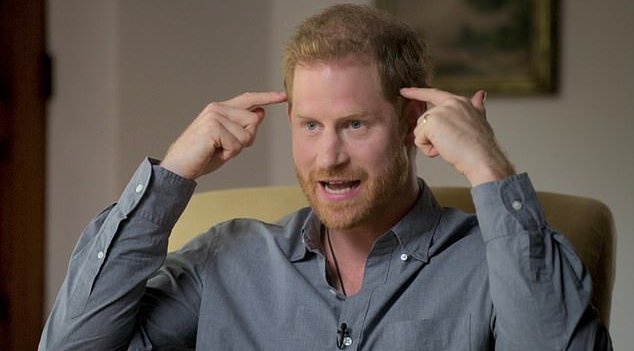 ‘Smug’ Prince Harry ‘looking for vengeance’ after attacks on his recent interviews.

‘Smug’ Prince Harry is ‘out for vengeance’ after the ‘spiteful’ assault that was launched on his latest interviews, a royal expert has claimed.

Royal editor Camilla Tominey has criticised the Duke of Sussex’s ‘smug, self-pitying and at instances, spiteful rhetoric’. She also warned the Duke had “learned nothing” from his mother Princess Diana’s “disastrous decision to pour her heart out to deceitful Martin Bashir” in her 1995 Panorama interview and is “repeating her mistake of squandering popularity for the sake of evening the score”.

Chatting with The Telegraph, she stated: ‘By persevering with to stoke the flames of publicity together with his smug, self-pitying and at instances, spiteful rhetoric, Harry exhibits he has truly discovered nothing from his mom’s expertise.’

‘For in attempting to emulate her doe-eyed confessionals to talk his “reality”, he is repeating her mistake of squandering reputation for the sake of night the rating.’ She added: “While there is no doubting Harry’s noble intentions in wanting to raise awareness of mental health issues – let’s make no mistake here, like Diana deciding to air her dirty linen on the BBC, this is a man out for vengeance.”

Kate Middleton’s millionaire uncle has slammed Prince Harry and Meghan Markle as a pair of “Muppets” and said they had thrown the Royal family “under a bus”.

Gary Goldsmith said he is “massively disappointed” with the Duke and Duchess of Sussex. The IT tycoon, the 55-year-old brother of Kate’s mother Carole, told Australia’s 60 Minutes programme on May 23 that he thought it was highly unlikely Kate had ever made Meghan cry.