The Balearics had more foreign visitors than Spaniards this April 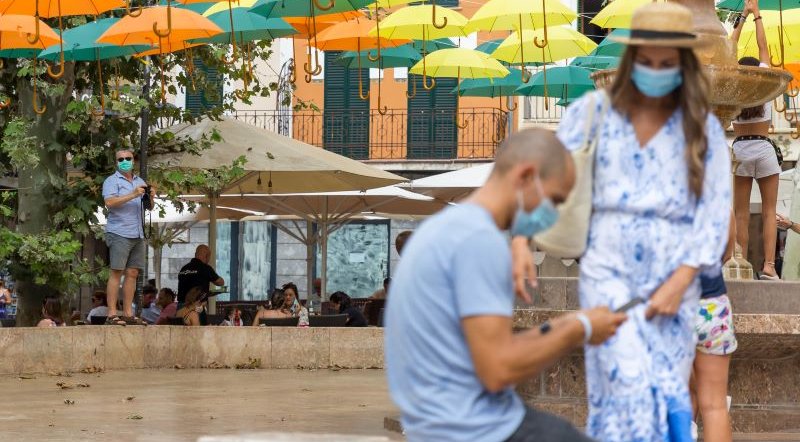 A REPORT by Spain’s National Statistics Institute (INE) revealed that in April 2021, the Balearics had the highest rate of hotel occupancy in Spain.
Figures for the entire country show that overall occupation is well down on the same month in 2019 and even in the Balearics, despite the boost given by the arrival of German holiday makers, only saw about 26 per cent of all hotels actually open.
Interestingly, with just over 64,000 visitors to the Balearics, less than one third were Spanish nationals with the balance being foreign visitors, mainly Germans despite the fact that there were many restrictions still in place on the islands.
As the situation eases and more flights and hotels are available, the Balearics and Mallorca in particular can expect arrivals and occupancy to soar, especially as the area is being promoted as a safe haven for tourists with falling rates of infection.
Even though Spain continues to be on the UK Amber list, it is likely that British tourists will start returning, even though they will have to quarantine when they travel back to Britain.
The Balearic Government is still being very careful about gradual easing of restrictions but provided that there is no spike in the number of infections following the arrival of tourists, life will become easier although the days of riotous partying are likely to be a thing of the past for some time yet.
The Euro Weekly News is running a campaign to help reunite Brits in Spain with their family and friends by capping the costs of PCR tests for travel. Please help us urge the government to cap costs at http://www.euroweeklynews.com/2021/04/16/ewn-champions-the-rights-of-brits-in-spain-to-see-loved-ones-again/