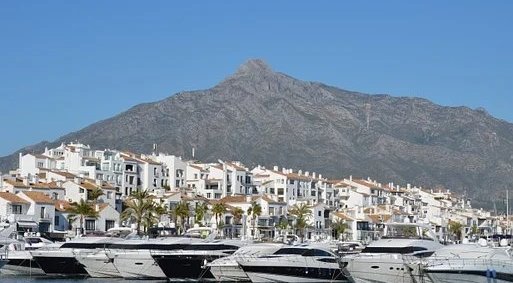 Young Man Injured in Marbella Fall.
A YOUNG man in Marbella has accidentally been injured after falling while he was climbing the outside of a building in Marbella on the Costa del Sol in Spain.
The man aged 24 years old was injured during a fall and had to be evacuated to hospital. According to the Emergency 112 Andalucia service, attached to the Ministry of the Presidency, Public Administration and Interior of the Junta de Andalucía, the 24-year-old had been climbing a façade of the building when he accidentally fell. Emergency services rushed to the scene and transferred him to the Costa del Sol hospital.
Emergency services were alerted that a man had fallen from a height of around two metres at about 3.30am as reported Europa Press.
The accident took place in Calle Nuestra Señora de Gracia, and the man is said to have fallen into a large planter. The Empresa Pública de Emergencias Sanitarias (EPES), the Local Police and the National Police were alerted by the coordination centre.
According to police sources the man had accidentally fallen whilst climbing the outside of the building. He received injuries to one of his legs and had to be transferred by health services to the Costa del Sol hospital.
In other Spanish news, the Councillor for Celebrations, Pilar Ramírez, has announced that residents of Benalmadena will be able to enjoy a 10 per cent discount for shows that belong to the first Benalmadena Theatre and Musical Festival. The events will be held in July and August at the Municipal Auditorium of La Paloma.
Tickets purchased through the website will not be discounted though so if you want to take advantage of the promotion you must buy your tickets in person at the box office.
The counsellor explained that: “To enjoy this discount, they must purchase their tickets at the municipal auditorium box office, which will open next Tuesday, June 1.”