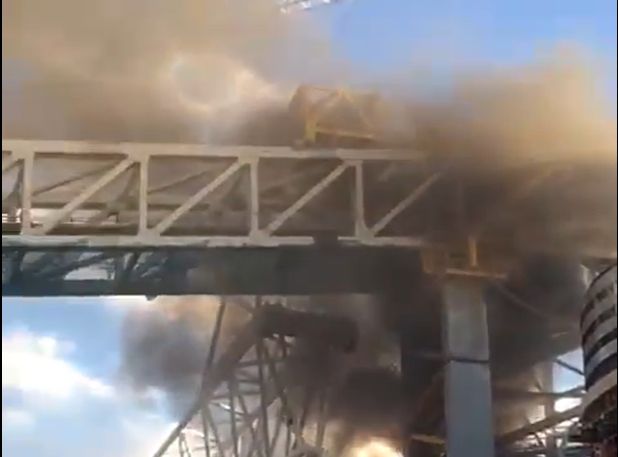 Real Madrid’s Bernabeu Stadium caught fire on Wednesday evening as smoke was spotted billowing out of the iconic ground in the Spanish capital as it undergoes construction work.

The historic stadium, which has been the home of Los Blancos since its completion in 1947, has a capacity of 81,044 ahead of current improvements. The Bernabeu was the first stadium in Europe to host both a UEFA European Championship final and a FIFA World Cup final, having been named after the legendary striker Santiago Bernabeu.

Sizeable flames could be seen burning inside the stadium through one of the exposed parts of the construction.

Some people were reporting on social media that the flames could be seen from vantage points in various parts of the city. Madrid were granted permission to begin the major construction operation – which is due to be completed for the start of the 2022-23 season – at the 73-year-old venue in March. Bizarrely, all the works will actually REDUCE the final capacity by one seat.

While the source of the smoke was not clear after the images were shared on social media, supporters were understandably worried about potential damage.