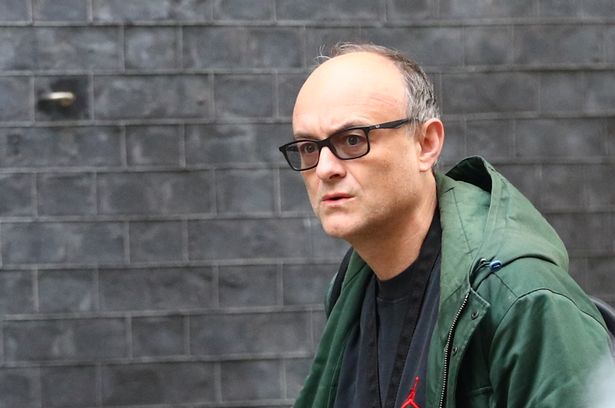 The Prime Minister’s fiancée, was going “completely crackers” over a story about her dog in a Sunday newspaper while Boris Johnson tried to deal with a pandemic and a request from the US that Britain join their bombing campaign in the Middle East.

The PM’s former right-hand man, Dominic Cummings, made the explosive claims while testifying in front of a joint parliamentary committee about the government’s handling of the Covid-19 crisis in London today.

Cummings said that on 12 March 2020, as the scale of the pandemic became clear, he told Prime Minister Johnson that the UK could be looking at between 100,000 and 500,000 deaths. On the say day, government was fielding demands from the US to partake in a bombing raid in Iraq.

However, the Downing Street press office had been commandeered by Carrie Symonds’s who was angrily obsessing about a Sunday Times story about how they wanted to get rid of their dog, Dilyn, Cummings claimed.

“It sounds so surreal couldn’t possibly be true, that day, the Times had run a huge story about the Prime Minister and his girlfriend and their dog. The Prime Minister’s girlfriend was going completely crackers about this story and demanding that the press office deal with that,” he said on May 26.

Carrie Symonds, a former Conservative Party director of communications, is believed to have played a key role in having Cummings sacked last year amid allegations that Downing street insiders referred to her as “Princess Nut Nuts”.

This PM and Symonds are due to get married next year.