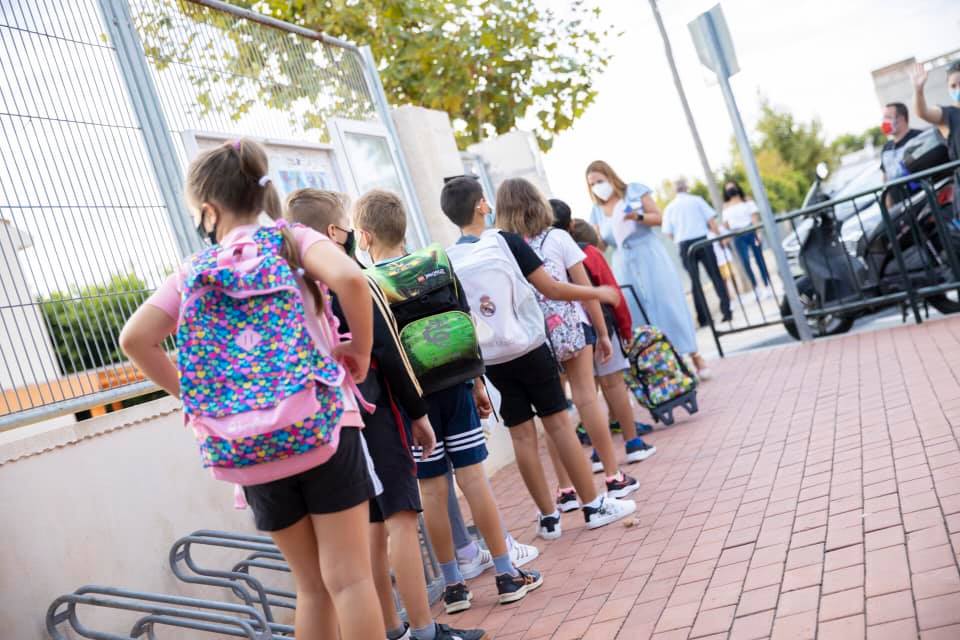 BENEBOT is an artificial intelligence robot created in China that can detect the presence of Covid.

Some schools in the central Mexican state of Querétaro are proposing the return to schools with the help of Benebot, a robot that is capable of detecting Covid and other diseases as well as being used for educational purposes. Benebot is an artificial intelligence robot that was created in China and is designed to look appealing to children, with its child-friendly appearance and blue eyes that inspect children’s vision and its “belly” that measures temperature.
According to Malaga Hoy, the robot also has a screen that analyses and monitors different constants in students each day. It boasts medical-grade cameras, temperature sensors, and artificial intelligence software that is capable of detecting health issues within seconds. The analysis of this robot is so high that it not only can detect Covid but also other ailments such as chickenpox or the flu.
Antonio Robles, in charge of the Benebot Technology area, explained: “He takes a picture of the eye, analyses the redness, sees where it comes from, where it grows. And there the relationship of each anomaly is kept. He also does it in the hands and he does it in the mouth.”
Mexico is currently the fourth country in the world with the highest number of Covid deaths, adding 2.39 million confirmed cases and around 221,000 deaths.
The mother of a student at the Salesiano school, Eneri Gutiérrez, has seen the robot in operation and said: “It makes me very interested more than anything because it helps us as parents to know that our son is healthy and that he is not on alert with other colleagues.”
Some school teachers have also tried out the robot in a simulation of what returning to classes may be like. Teacher Gabriela Montufal said: “It is important to note that it is for the safety of all the other classmates, because when sharing a classroom, they are always at risk of contagion”, saying the operation of the robot is “simple”.
Student Mariana said of the AI robot: “I liked it and I feel, really, sure, because my classmates and I can be fine”.
There are currently 15 schools in Mexico that have acquired Benebot, including the state of Querétaro and also in Puebla, Oaxaca or Mexico City.