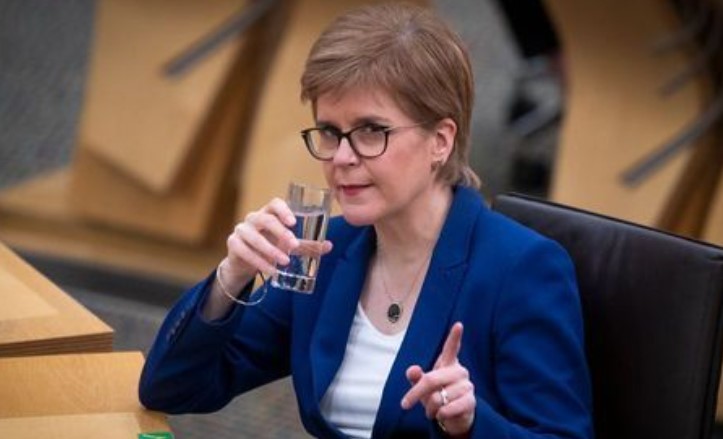 The decriminalisation of all drugs for personal use could be on the cards for an independent Scotland under plans laid out by the SNP.

The plans, drawn up by the Social Justice and Fairness Commission (SJFC), also lambasts the UK’s “dysfunctional” tax system and promises to restore freedom of movement with the European Union.

Critics of the plan, which includes new green taxes, looser immigration rules and the introduction of a universal basic income, have accused the party of playing “fantasy economics”.

“Their election manifesto wasn’t costed and this blueprint for their vision of a future Scotland isn’t either. It is based on fantasy economics. They simply don’t accept the reality that independence would already cost Scottish families thousands of pounds before their plans to spend even more public money,” said Miles Briggs, Scottish Conservatives’ shadow social justice secretary.

Some of the proposals could be enacted by Scotland’s devolved parliament but the report appears to envisage an independent Scotland. SNP leader Nicola Sturgeon has promised to bring a second referendum on independence soon.

The 132-page report suggests the question of drugs reform be put to voters. Scotland had the highest rate of drugs deaths of any country in the EU before Brexit.

“As a society, we need to reflect how we view and respond to addiction, and that includes looking at issues around decriminalisation for personal use. As we have emphasised in our report, transformational change that is long-lasting and successful is best rooted in consensus. We would therefore propose utilisation of a Citizens’ Assembly to look at issues such as decriminalisation for personal use, which we could advance with independence in our efforts to tackle addiction,” it says.

Neil Grey, who worked with the SJFC, defended the report.

“One of the obvious and important lessons learned by producing this report during the period of the coronavirus crisis is that huge changes can be achieved if the political will exists to be bold, dynamic and innovative,” he said.

“Alongside all those who contributed to the commission, I believe we have delivered a blueprint, a route map to a more socially just Scotland, one that focuses on how we should make policy decisions that can help us build a fairer and happier society,” he added.