Will Prince Harry And Meghan Markle’s Daughter Be Handed A Royal Title? 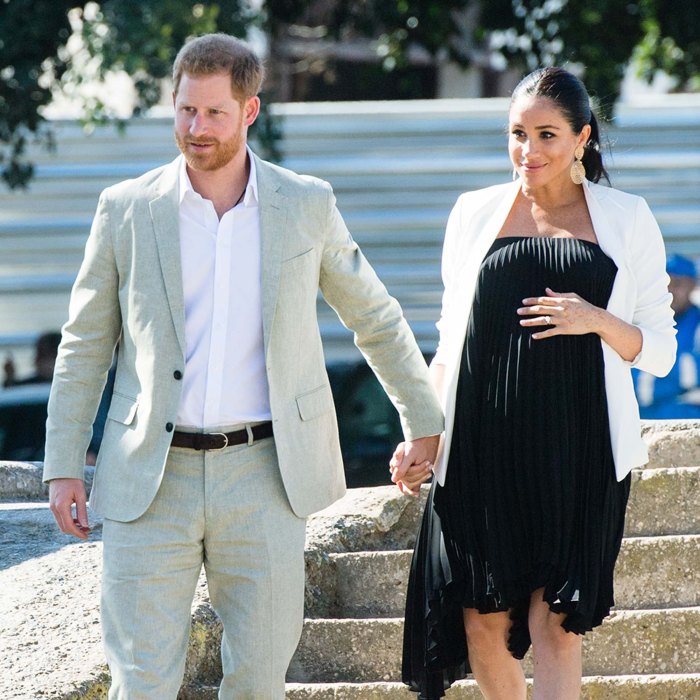 Will Prince Harry And Meghan Markle’s Daughter Be Handed A Royal Title?

Prince Harry and Meghan Markle revealed on Valentine’s Day that they were expecting a second baby. Immediately, the announcement raised a host of questions for royal watchers—not least among them was whether the newest royal baby will hold the title of an HRH.

This query became even more pertinent after Harry and Meghan’s bombshell primetime interview with Oprah Winfrey, in which Meghan claimed that—contrary to the widely held belief that the Sussexes had chosen to forgo a title for their firstborn, Archie Harrison Mountbatten-Windsor—it was ‘The Firm’ (the institution of the royal family) that hadn’t wanted Archie to have a title.

While the Duchess of Sussex was pregnant with Archie, “they were saying they didn’t want him to be a Prince or Princess, which would be different from protocol, and that he wasn’t going to receive security,” Meghan said. She went on to add, “This went on for the last few months of our pregnancy where I was going, hold on for a second.”

The Duchess explained that her primary concern was for her child’s security. “They said [he’s not going to get security], because he’s not going to be a Prince. Okay, well, he needs to be safe so we’re not saying don’t make him a Prince or Princess, but if you’re saying the title is what’s going to affect that protection, we haven’t created this monster machine around us in terms of clickbait and tabloid fodder you’ve allowed that to happen which means our son needs to be safe.”

As the rules currently stand, Archie was eligible to use Harry’s subsidiary title, the Earl of Dumbarton, from birth—and once Prince Charles became King, Archie would have automatically become a Prince. But, Meghan said, “Even with that convention [that automatically makes all grandchildren of the monarch a prince or princess], they said, ‘I want to change the convention for Archie.’ Well, why?”

She added that it was particularly concerning that “the first member of color in this family isn’t being titled in the same way as other grandchildren would be.” Compounding this concern, “concerns and conversations about how dark [Archie’s] skin might be when he was born” had been raised to Harry by a member of the family, Meghan said.

Assuming it’s true that the royal family did not want Archie to have a title, it stands to reason that they wouldn’t want any of the Sussexes’ future children to have a title, either. Theoretically, “As a younger child of the Duke of Sussex, the new baby would normally have the title of Lord or Lady,” Raising Royalty author and royal historian Carolyn Harris told T&C, prior to the revelations in the Sussexes’ Oprah interview.

But since it’s unlikely that the child will have title, “the new baby will be Master or Miss ‘First and Middle Name’ Mountbatten-Windsor.” (The surname Mountbatten-Windsor honors both the Queen and Prince Philip’s respective lineages and was first used for Archie.

Meghan dramatically fired Archie’s nanny following a mysterious “incident” in the middle of the night, it has is claimed. According to Meghan’s friend Omid Scobie, the nanny was sacked after just a few days in the day when the Duchess and Prince Harry were still experimenting with childcare options.

The “incident” in question, which Scobie didn’t explain, was serious enough to permanently put the couple off childcare, according to the Mirror. Speaking on Channel 4’s A Very Royal Baby: From Cradle to Crown, Omid Scobie said: “Very few people know the real story behind it. After Archie’s arrival, Harry and Meghan wanted some help to establish a sleep pattern. They hired a night nanny. Whilst I can’t go into someone else’s employment details for legal reasons, it was an incident on one of the first nights that put the couple off from having a night nurse.”