Did Harry Mislead the Queen? Prince Told Monarch TV Show Was About Veterans 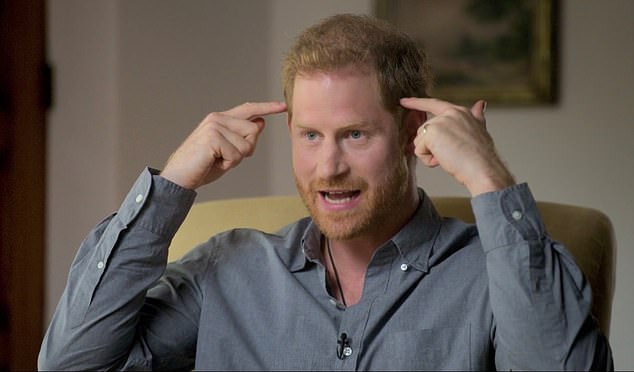 Prince Harry has upset the Queen and Prince Charles.

Prince Harry’s controversial Apple TV series was supposed to be about the mental health of veterans, but he has used it as a platform to reveal the misery he faced as a member of the royal family.

When he initially sought the Queen’s permission to develop it in 2018, he told her the idea was about soldiers struggling to return to civilian life, according to The Daily Mail.

The Monarch has been left “blindsided” by what has eventually aired and critics of the California-based Prince say the way he pitched it to his grandmother was “clearly misleading”.

Both the Queen and the Duke of Sussex’s father, Prince Charles are said to be deeply hurt by his revelations.

“Those around the Queen and Prince Charles are absolutely gobsmacked by what has happened. It is a question of trust, and honestly any of that is hanging by a thread at the moment,” a source told the British daily.

“No one within the Palace circles has anything but sympathy for Harry’s trauma and troubled life, but there is upset and discomfort at him sharing it on an international television show. Certainly, the intimate detail of his hardships paint a very negative picture of his family and upbringing. Many people have a different view,” the source added.

Prince Harry joined forces with Oprah Winfrey to make the “The Me You Can’t See” series.

Earlier this month he revealed, “My father used to say to me when I was younger, he used to say to both William and I, ‘Well, it was like that for me so it’s going to be like that for you. That doesn’t make sense. Just because you suffered, that doesn’t mean your kids have to suffer. In fact, quite the opposite. If you suffered, do everything you can to make sure that whatever negative experiences you had, you can make it right for your kids.”

He is facing increased criticism for his series of revelations about his life as a member of the royal family, with one royal commentator labelling him a “lecturing woke celebrity”.