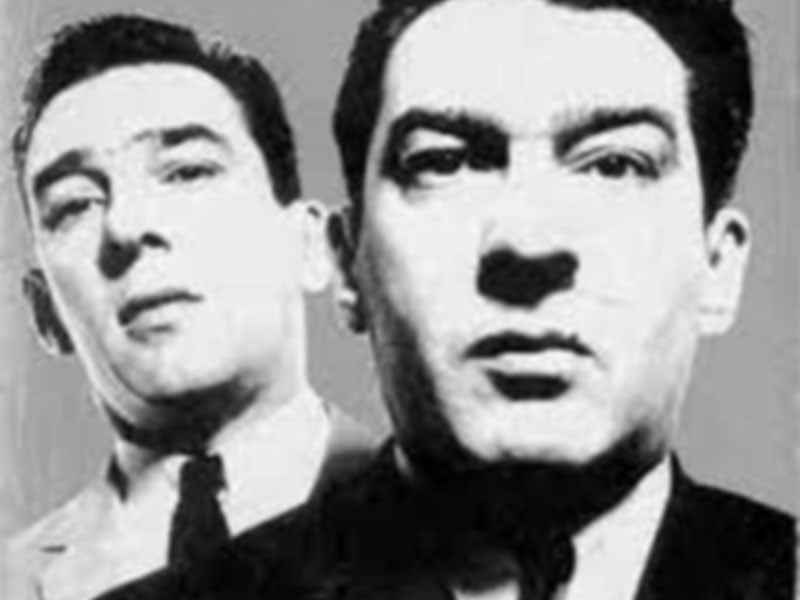 KRAY TWINS: Not exactly referred to as English gentlemen.

For those too young to remember – or those who live in leafy Buckinghamshire, ‘Jimmy Riddle’ was euphemistic cockney rhyming-slang for ‘piddle’. “I need to have a Jimmy Riddle” is considered less vulgar.

There are many reasons for using euphemisms. Often, it’s to avoid embarrassment. Many Americans seem to feel awkward about going to the lavatory, the most natural of involuntary bodily functions.

So, they started talking about “going to the bathroom”. Inevitably, the Brits obediently followed suit. Recently I heard an English woman complaining that her cat had gone to the bathroom on her carpet!

A bathroom is a room with a bath or shower and normally also a lavatory and wash basin. A lonely loo in an underground car park is not a bathroom. Nor is a narrow cubicle in a pub. Admittedly, when we express the intention to relieve ourselves, one does not expect a graphic description of the spectacle of surrendering to nature’s call. And “I’m off to the crapper” doesn’t sound too refined. But “I’m going to the bathroom” is a downright lie. So is “I’m going to powder my nose.”

A euphemism can also avoid giving offence. Thus, Boris Johnson is not a liar but simply “has a distant relationship with the truth.” Trump was not called a nut-case but simply declared “unfit for office”.

“He has an enquiring mind” sounds more charitable than “he’s a Peeping Tom”. “She’s a feisty woman.” suggests “she’s a bitch”, while “they don’t suffer fools gladly” means “they are only interested in their own opinions”.

Euphemisms are commonly used in the interest of political correctness. Ronnie Corbett was not short but “vertically challenged”, Cyril Smith was neither a paedophile nor gay but “of alternative sexual persuasion”. Moreover, he was not fat but “comfortably proportioned”. Joe Frazier was not black but “of colour”.

Why would anybody object to being called black? No human being is literally black, any more than I am white. American Indians don’t have red skin while the Chinese are not yellow. And unless their name is Christine Lagarde, nobody is actually orange. But the use of colours to describe skin tones is convenient and universally understood.

I’m all for politeness, tact and diplomacy but I find the sensitivity of groups today alarming. Why have they become so easily offended over the last 40 years?

It’s a fact that our Queen is “short”, but she would never be described thus, any more than she would be addressed as “Shorty”. And do Texans and senior Republicans in general come across as “intellectually relaxed” or simply “dim”?

If political correctness progresses further, we might reflect that Hitler showed racial tendencies, the Taliban are misogynists, Daesh acted unkindly and Jimmy Savile was misguided. Sepp Blatter behaved irresponsibly and the Kray twins were easily offended. Not exactly English gentlemen but not referred to as vicious murdering thugs, either.