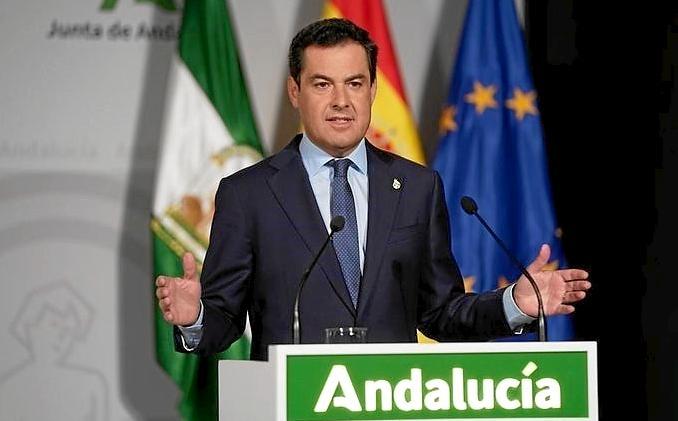 JUANMA MORENO, The President Of The Junta De Andalucia Tests Positive For Coronavirus

Juanma Moreno, The president of the Junta de Andalucía, has tested positive for coronavirus, this afternoon, Thursday 27, reportedly after coming into contact last Monday with another person who had tested positive, according to malagahoy.es.

Mr Moreno – who so far has not shown any symptoms of the disease – will now follow the established protocol and self-isolate for ten days at home, until June 3, cancelling his scheduled meetings after the result showed he was positive, instead, issuing a message he recorded at home, via social his media networks, urging people to “not lower your guard” or “relax” in these moments.
Having visited “hundreds of meetings” and “about thirty health centres”, during the pandemic, the president has taken every precaution not to get contaminated, and explained in his online message, “I want to convey to you a call for prudence”.
In his final parliamentary session just before receiving news that he had been infected, Mr Moreno had pointed out that over the course of the next few weeks, almost all of the Board will have been vaccinated, due to their average ages being between 40 and 55 years of age.
It was assured that the other members of the Board do not need to isolate after Tuesday’s meeting in the Salón de los Espejos of the San Telmo Palace in Sevilla, as everybody was wearing masks, and the same applied to the previous meeting of the Plenary in the Andalucian Chamber.
A spokesman for the Andalucia government said the president’s self-isolation will not affect his functions, as “he will work from his home exercising his management responsibilities. As it is obligatory – the communiqué continues – the president’s public institutional agenda has been suspended, as well as his face-to-face meetings”.
While adding that, “Next Tuesday’s Governing Council and the High Impact Public Health Alerts Council – known as the ‘Committee of Experts’ – will be chaired telematically from his home”.
The Euro Weekly News is running a campaign to help reunite Brits in Spain with their family and friends by capping the costs of PCR tests for travel. Please help us urge the government to cap costs at http://www.euroweeklynews.com/2021/04/16/ewn-champions-the-rights-of-brits-in-spain-to-see-loved-ones-again/