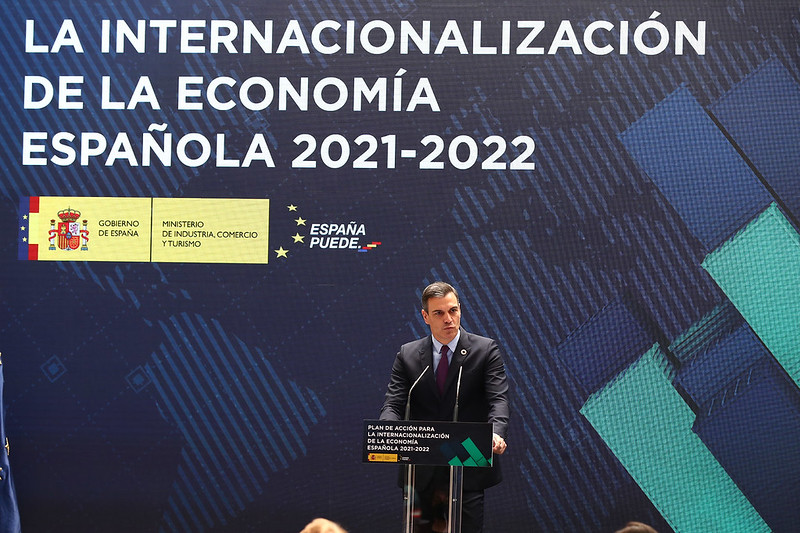 SPEAKING in Madrid, Spanish Prime Minister Pedro Sánchez has confirmed that he wants the Spanish economy to expand through new and attractive export markets.

Considering the natural historic and linguistic links with Latin and South America, he made it clear that this was an area that he was particularly interested in and has vowed to invest up to €4.5 billion in order to increase Spain’s presence in that huge market.

Having recently received a visit from Argentine president, Alberto Fernández, he is about to reciprocate and will fly to both Argentina and Costa Rica from June 8 to 11 with the intention of starting the export ball rolling again following the pandemic.

Like the European Union but on a smaller scale, Mercosur, the Southern Common Market, is a South American trade bloc established by the Treaty of Asunción in 1991 with full members Argentina, Brazil, Paraguay, Uruguay and Venezuela (currently suspended) and associate countries Bolivia, Chile, Colombia, Ecuador, Guyana, Peru and Suriname.

The European Union is Mercosur’s number one trade and investment partner and is also the largest investor in its member countries, but although there is an avowed wish to enter into a free trade agreement between the two blocs this is still being negotiated.

Sánchez has made it clear that if it has not been finalised by 2023, in the second half when Spain takes over the presidency of the EU and (and the next Spanish General Election is not due until December of that year, so odds are that he will still be in office) he wants to ensure that the agreement is signed off.

This is part of the recently unveiled Spanish Action Plan for the Internationalization of the Spanish Economy 2021-22.