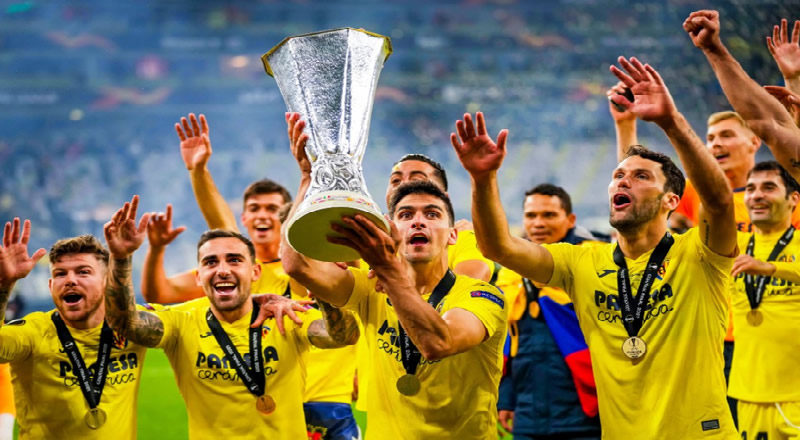 Villarreal, from Spain’s LaLiga Santander, had a fairytale ending to their run this season in Europe, by beating Manchester United in Gdansk, Poland, on Wednesday evening, (May 26), to lift the 2021 Europa League trophy, after a 1-1 draw went to extra time and penalties, with 9,500 fans witnessing one of the most dramatic penalty shootouts in football history, eventually ending in an 11-10 victory for the men in yellow.

This was a memorable evening for Unai Emery, the Villarreal coach, who made history as the manager to win this trophy the most times, having won it on three previous occasions with Sevilla.

The Red Devils had won the Europa League in 2017 when Jose Mourinho was their coach, but another loss here resigned Ole Gunnar Solskjaer to a trophyless four years in charge.

In a contest that could well be described as a real-life ‘David and Goliath’ scenario, Manchester United fielded a team packed full of top international stars, on huge salaries, pitted against Emery’s team of hard-working, well-drilled players, who didn’t really give Solskjaer’s men a look in, although, it must be said, United could be accused of not even turning up for this match.

It was former Liverpool player, Gerard Moreno who gave Villarreal the lead after 29 minutes, when he connected with Daniel Parejo’s free-kick to notch his 30th goal in all competitions this season, to go in at half time 1-0 ahead.

If anybody was going to score, it will usually be the Uruguayan hitman Edinson Cavani, who pounced in the 55th minute to level the scores, as his razor-sharp reactions in the box gave him his 16th Europe League goal in his last 11 matches, but, remarkably, one of only two shots on target by United in the whole of normal time.

A penalty shootout that was just incredible ensued the whistle after 120 minutes of open play, with all 10 outfield players slotting home near-perfect penalties, at which point it came down to the two goalkeepers to step up and take a penalty, with Geronimo Rulli drilling home a penalty that was better than most of his teammates, before returning to the goal line and promptly saving the penalty kick from David DeGea, to send the Europa League to the Valencian town, their first-ever major trophy, and a place in next season’s Champion’s League.