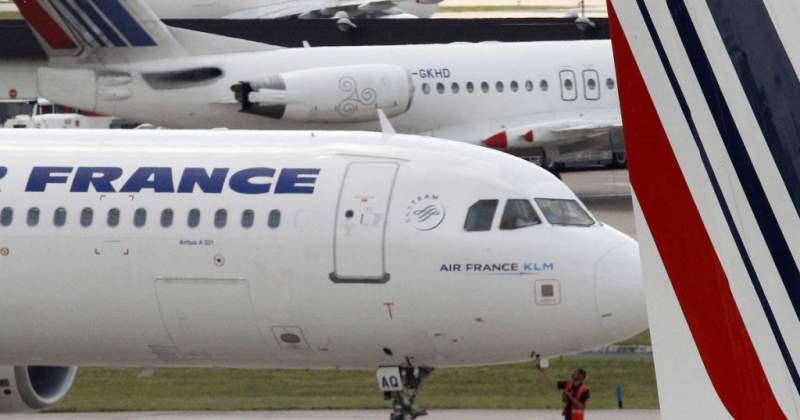 Russia blocked entry to two European airlines because they planned to get to Moscow by avoiding the air space over Belarus, the move is the latest in a series of spats between the EU and the Kremlin, according to a report from Russian state media.

Air France and Austrian Airlines had their flight plans rejected by Russia shortly before the scheduled services were due to depart and both had to cancel services. It comes after the Belarus government forcibly rerouted a Ryanair jet to land in Minsk on Sunday where a dissident journalist and his girlfriend were then arrested.

Roman Protasevich, 26, and Sofia Sapega, 23, had been onboard the flight that was travelling from Greece to Lithuania.

After convening an emergency meeting on Monday, May 25, EU leaders agreed to apply new sanctions on Belarus, which includes a ban on the use of the bloc’s airspace and airports, after the ‘rogue state’ brazenly hijacked a Ryanair plane in order to arrest what [they] described as a dissident journalist onboard the passenger jet.

At a crunch meeting of the EU Council, the 27-nation bloc also demanded the immediate release of Roman Protasevich, well know to Belarus authorities as a staunch opposition blogger and prominent critic of dictator Alexander Lukashenko, and his Russian girlfriend Sofia Sapega, who was also hauled off the civilian airliner on Sunday.

Several airlines are now avoiding Belarusian airspace in protest and the European Union has urged its airlines to do the same amid outrage over the forced landing of the Ryanair jet on Sunday, May 23.

However, Lufthansa’s Austrian Airlines said on Thursday, May 27,  that Russia had not allowed its flight from Vienna to Moscow to land in the Russian capital without flying through Belarusian airspace.

Air France said that a flight from Paris to Moscow was also as the Austrian airlines one was cancelled on the same day for “operational reasons linked to the bypassing of Belarusian airspace requiring a new authorization from the Russian authorities”.