Boris Johnson- ‘Cummings is a fantasist, Government Did NOT Cause Thousands Of Unnecessary Deaths’ 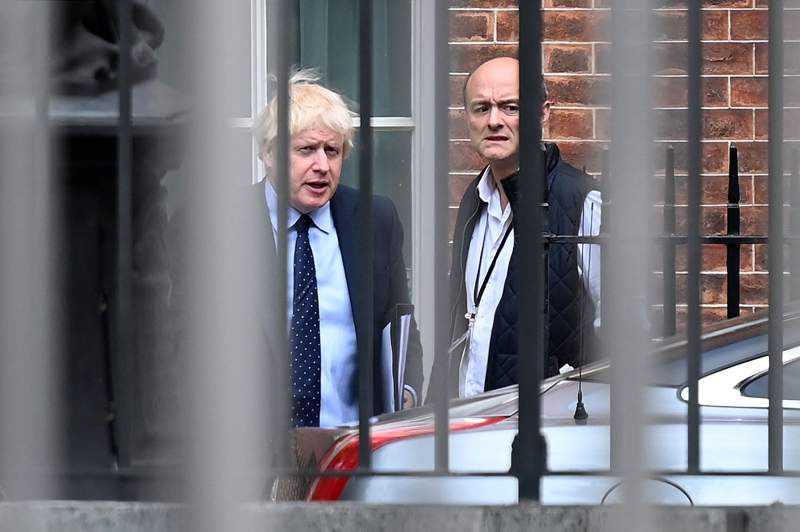 Boris Johnson- 'Cummings is a fantasist', Government Did NOT Cause Thousands Of Unnecessary Deaths. image: Wikicommons

Boris Johnson- ‘Cummings is a fantasist’, Government Did NOT Cause Thousands Of Unnecessary Deaths.

THE PRIME Minister has disputed the evidence of his former closest adviser, saying his government had made “an incredibly difficult series of decisions”.

Boris Johnson was asked about Dominic Cummings claims, including that he was unfit for office, and denied the assertion that Government failures had led to tens of thousands of unnecessary deaths, he went on to say that Cummings was a ‘fantasist’.

He was probed about Mr. Cummings comments during a visit to a hospital in Essex, when asked whether those deaths were due to his “action or inaction”, Mr. Johnson said: “No, I don’t think so. Of course, this has been an incredibly difficult series of decisions, none of which we have taken lightly.”

He insisted that “at every stage, we have been governed by a determination to protect life”.

Asked whether he said he would rather see “bodies pile high” than order a third lockdown, Boris Johnson said: “I have already made my position very clear on that point. I’m getting on with the job of delivering the road map that I think is the sensible way forward.”

Mr. Johnson has previously denied making the comment, which Dominic Cummings told MPs he heard from the Prime Minister in his Downing Street study.

Asked if Mr. Cummings told the truth, Mr. Johnson dodged the question, pushed on whether he was arguing with the things Mr. Cummings said, the Prime Minister said: “I make no comment on that.”

Apart from his damning assessment of Mr. Johnson, Mr. Cummings saved his fiercest criticism for Mr. Hancock over failings around care homes policy, personal protective equipment (PPE) procurement, and his public pledge on a testing target which caused disruption in Whitehall.

Cummings said there were “15 or 20” reasons why the Health Secretary should have been sacked, accusing him of lying to ministers and the public.

Mr. Hancock has said that much of the former adviser’s evidence was unsubstantiated and he had been honest throughout the pandemic.