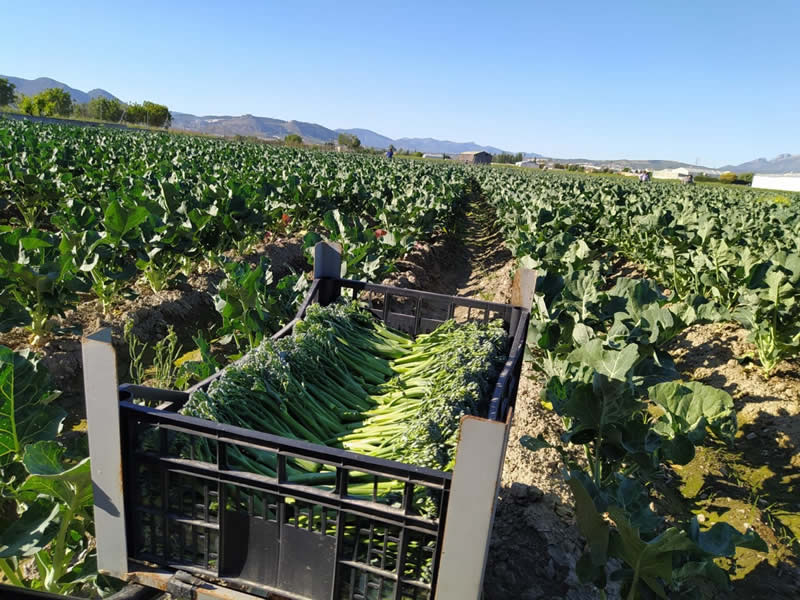 A group of your entrepreneurs from Vegas del Genil have been growing a vegetable called bimi for the last two seasons, and it looks like it could become the municipality’s successor to the tobacco crops that have been famously cultivated so successfully in the Vega de Granada region previously.
Bimi is a vegetable from the cruciferous family, and is a natural cross between broccoli and Chinese cabbage, farmed by the Álvaro Barranco and Agrobobadilla SL corn dryer, which has gone from eight farmers in the first season of growing bimi, to now having more than 30 farmers.
They produced more than 120 tons of the vegetable in the first season, but this season they have produced more than 500 tons, and sold almost the whole crop by exporting it to England.

Álvaro Barranco and Agrobobadilla SL is a vegan company, and the only one of its kind in Granada province, and one of only a few in all of Andalucia, and they are trying to encourage other farmers in La Vega to take up the initiative and plant this crop in their land, “because it represents a very interesting and profitable alternative product at a time of the agricultural year, winter, that we had stopped since the tobacco disappeared”, Álvaro Barranco pointed out.
María Isabel Díaz, the Councillor for Commerce and Economic Promotion of Vegas del Genil congratulated this group of farmers, “for this business initiative that is working so well, and that is a very interesting alternative to other traditional products such as garlic, beans, or asparagus”.
While Carolina Martín, the Councillor for Agriculture praised the way that Agrobobadilla SL “has gone from cultivating 6 hectares of bimi in Vegas to having 25 for next fall, whose planting is already being planned, a spectacular growth that will generate a lot of work for farmers and day labourers of the area, and of which we feel especially satisfied from the Town Hall”, as reported by granadadigital.es.