Marbella Town Hall Requests Improvements To The A-7 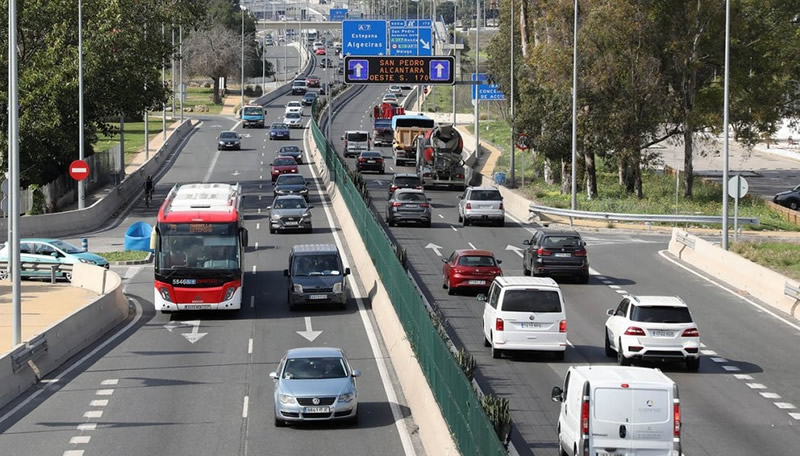 Marbella Town Hall Requests Improvements To The A-7. image: wikipedia

The Plenary of Marbella Town Hall unanimously approved a proposal today, Friday 28, to urge the central government to carry out the urgent processing of a proposed four-year-old project to improve the section of the A-7 road between San Pedro and Puerto Banus.

Javier García, the deputy Mayor of San Pedro de Alcántara, was in charge of defending the motion, stressing that the project is a “fundamental action for the municipality and the Costa del Sol, since it is the main urban mobility problem of the locality and the second point of traffic congestion in the province”.

He continued, “It is a question that we have reiterated over time, but as a result of a recent question from the mayor of Marbella and senator, Ángeles Muñoz, to the Government itself, we have once again considered it necessary to urge the Ministry of Transport, Mobility, and Urban Agenda to undertake without further delay the project, since, in response to the councillor, the General Directorate of Roads has admitted that the service contract to carry out or draft the project has not yet been put out to tender”.

García said it was with regret, “that four years have passed since the study was authorised, without a single paper having been moved”, demanding that “it be drawn up, tendered, and executed, with its inclusion in the State budget, because it is the economy and the quality of life of our city that is at stake”, as reported by malagahoy.es.

During the same meeting, approval was given for the project that involves creating margins on the Istán highway, with Félix Romero, the municipal spokesman calling it, “an initiative that will be co-financed by the Town Hall and the Andalucian Government under an agreement, and that will respond to the safety of pedestrians who travel on this road, which over time has become purely urban and through which more than 2,000 vehicles pass every day, representing a serious risk for pedestrians”.
The Euro Weekly News is running a campaign to help reunite Brits in Spain with their family and friends by capping the costs of PCR tests for travel. Please help us urge the government to cap costs at http://www.euroweeklynews.com/2021/04/16/ewn-champions-the-rights-of-brits-in-spain-to-see-loved-ones-again/