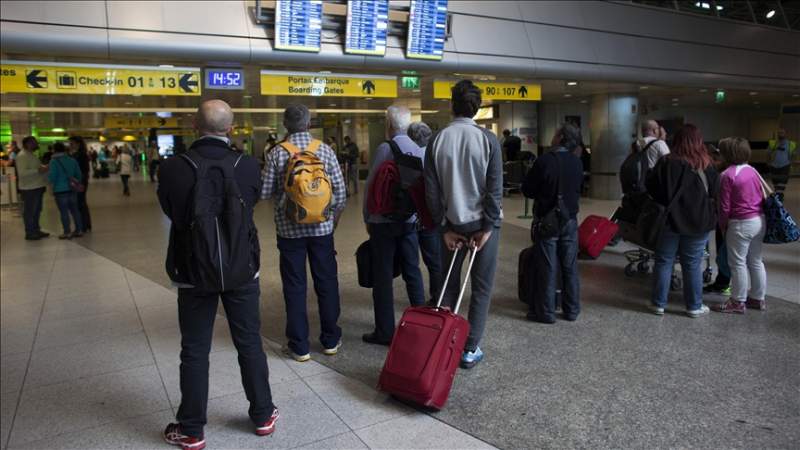 THE Foreign, Commonwealth and Development Office has warned UK travellers they may face delays at airports because of planned strike action by Portuguese immigration officers.

The planned walkouts by the borders agency, SEF, are set to take place from May 31 to June 28 – just as holidaymakers are returning in their thousands. The FCO said: “Days and times of strikes vary according to where the particular airports are located.

“If you are travelling during this period, check with your airline whether you will be affected and allow more time to clear border control when entering and exiting Portugal.”

Portugal is the only mainstream summer holiday destination that is available to UK travellers thanks to its green list status.

APAVT, the Portuguese travel and tourism association calls SEF’s plan an “obvious economic threat against Portugal at the precise moment that the recovery of tourism is making its first steps in this new phase of the crisis, in which principal touristic markets have their eyes on Portugal.”

The SEF strike at Lisbon airport on May 7 ‘caused enormous queues’ when incoming flights were still at a minimum and there was no tourism to speak of – to even consider industrial action at this point “could ruin the summer.”

Holidaymakers To Portugal Told To Wear Masks On Beaches Or Face Hefty Fines.

British tourists were handed on arrival into Portugal’s Faro airport, face masks and sanitiser after which they were asked to provide full details about their stay as they touched down in the country for the start of long-awaited sunshine breaks.

All Brits arriving the country were also warned by officials the airport of the strict rules for wearing face masks in public places, which includes keeping them on while on the beach or they could be hit with hefty €117 fines, according to The Sun.

Passengers in arrivals were asked by immigration officials to produce proof of a negative PCR test and show that they had completed a locator form, with details of where they are staying before being allowed to proceed on to the baggage hall.