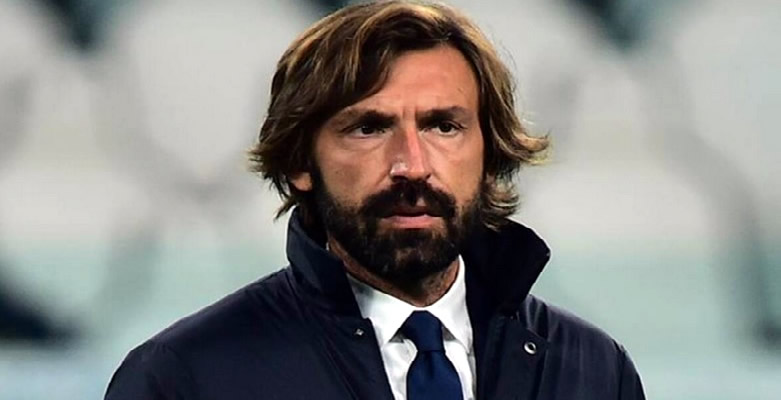 SERIE A Giants Juventus Have Sacked Their Coach Andrea Pirlo

Italian football club, Juventus, made an official announcement today, Friday 28, to confirm the dismissal of Andrea Pirlo, who has been the head coach of the Serie A club for the last two seasons, during which Juventus won the Italian Cup, the Italian Super Cup and qualified fourth in Serie A.

On its website, the club wrote, “Thank you Andrea Pirlo, for the courage, dedication, passion with which you faced each day, for the results, our thanks come from our hearts. As well as we wish him luck for a future that will undoubtedly be very good”.

It was only last August that Pirlo – the club’s former player, and World Cup winner with the Italian national team – took over from Maurizio Sarri, but he failed in the Champion’s League, with Juventus being eliminated in the knockout stages of the prestigious competition, and a win on the final day of the season saw them scrape into fourth spot in Serie A to qualify for next season.

Not long after the announcement about Pirlo, another announcement was made on Twitter, greeting Massimiliano Allegri as his replacement, simply saying, “Welcome Max #AllegriIN”, who has already coached the club between 2014 and 2019, winning five Serie A titles, and reaching the final of the Champion’s League on two occasions.

In an official statement, Serie A giants Juventus said, “We are ready to start over with Allegri, to build our future together, with his enormous professionalism, his moral strength, his great jokes”, and now one of his first tasks looks like being to try and tempt Cristiano Ronaldo to stay at the club, as reported by lavanguardia.com.