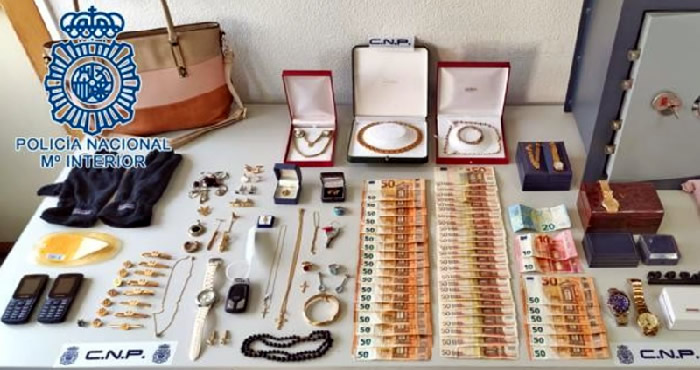 National Police officers in Sevilla have arrested two women – who were found to be members of an expert itinerant gang of house thieves based on the Levante coast – as the suspected perpetrators of a robbery in a property in the Nervión neighbourhood of the city.

According to a police statement, the two were known to have rented a vehicle and driven to Sevilla from the Levante coastal region, and their arrest has surely thwarted what could have been a large number of robberies had they not been arrested so early during their visit.

The two women came to the attention of officers of the Robbery Group of the Sevilla Judicial Police Provincial Brigade, who observed them acting suspiciously, loitering in the Nervión area several weeks ago, at which point the police decided to set up a surveillance watch on them.

Found to be using the ‘slip’ technique – which involves slipping a piece of plastic in the door jamb to trigger the latch of the door lock, leaving no trace of any break-in – they would enter homes that they had observed to be unoccupied, usually on the weekends, as reported by sevilla.abc.es.

On the morning of Saturday 15, the women were caught fleeing from a building on the Avenida de Luis Montoto, pushing a shopping trolley, which was found to contain a bundle of sheets, underneath which was a safe, which turned out to be full of valuables, and €3,000 (£2,570) in cash, all of which was returned to the owner of the home they had just robbed.

Placing the two detainees in custody, and at the disposal of the courts, the Robbery Group reminds the public to always lock the doors when going out, even if only for a short period of time, and check that all windows are properly closed, leaving no evidence that the house is uninhabited.