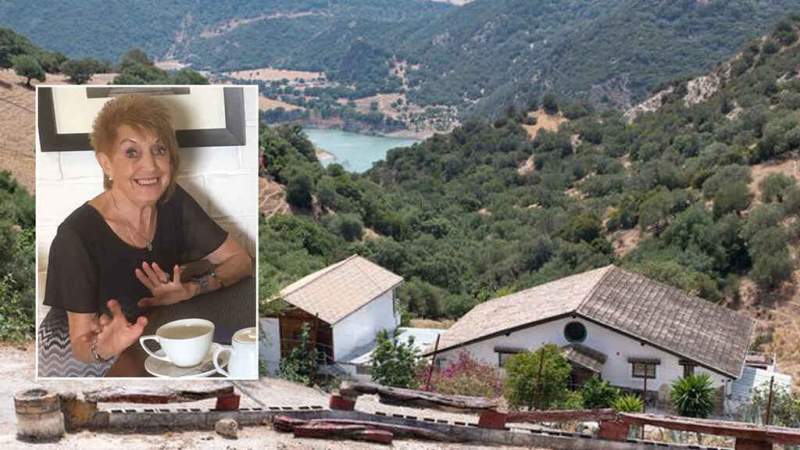 Spanish Court Sentences Man Who Murdered British Expat After An Argument Over Money.

The Provincial Court in Cadiz, Spain, has handed down a 12-year prison sentence to a gardener for murdering a British woman in Algar after a dispute over money.

The British expat, Lesley Anne Pearson, ended up buried in lime, under a cane field in the grounds of her own house in the Cadiz village of Algar, after her gardener, Francisco Javier BP, strangled her to death.

The 71-year-old woman could do little to defend herself against her worker, a man with a strong physical build.

The man, who was arrested in July 2019, has now been sentenced by the Cádiz Provincial Court to 12 and a half years in prison for a crime of pre-meditated murder with aggravating circumstances. In addition, the 47-year-old murderer will have to compensate the victim’s brother with €24,000 euros for the moral damages caused.

Lele, as she was called, was well known among the 1,400 inhabitants of Algar, and was said to have revolutionised the life of the town, located in the Sierra de Cádiz, with her yoga classes.

The British expat and her husband moved to the large estate on the outskirts of the town – in an area known as Tajo del Águila in the early 2000s – where she met her death on July 11, 2019.

Pearson had been a widow for two years and had actually moved up the coast to Estepona- and only went back to her property once a month, overlooking the Guadalcacín reservoir, to check the condition of her 500-square-meter house and meet up with a friend from the town.

Meeting with her friend was the plan on the day of her death, as the neighbour explained to the police. ‘Lele’ met her gardener, who also acted as a sort of trustee during her absences, and when they met they discussed ” the amount that she owed him for his work.” An argument apparently ensued and according to the statement of facts heard in the eighth section of the Provincial Court in Cádiz, the murderer, whose hobbies were boxing and karate, grabbed the woman – barely 1.60 tall – by the neck and squeezed her breathless until she fell to the ground.

After killing her, Francisco Javier carried the body into a room and covered it with a duvet. The next day, he returned, tied the woman’s body with ropes, and buried it in lime, covered over with earth and wooden boards in a reed bed on the plot.

The Guardia Civil located her body on July 21, 2019. During that time, the alleged killer man was interrogated twice but did not confess until he could no longer support his alibi, as witnessed in the two sessions of the trial, which was heard by a jury on May 17 and 18.

The gardener began to sell belongings from the victim’s house and, in one of those transactions, he told a buyer, one of the neighbours, that a dog had tried to attack him and he had buried it in the cane field on the property.

This witness repeated the story to the investigators in the case, and the gardener ended up confessing the crime when the officers went with him to the place where he allegedly had buried the animal.

The Prosecutor’s Office requested 15 years in prison for the murderer- the defense asked that he only be sentenced for reckless manslaughter.

The defendant alleged that he did not confess before because he had to take care of his dependent uncle and that he collaborated with the agents towards the end.

Finally, the Prosecutor’s Office and Francisco Javier’s lawyer reached an agreement during the first session whereby the defense agreed to the prosecutor’s deal, in exchange for the public prosecution lowering his sentence request to 12 and a half years, the minimum for homicide.