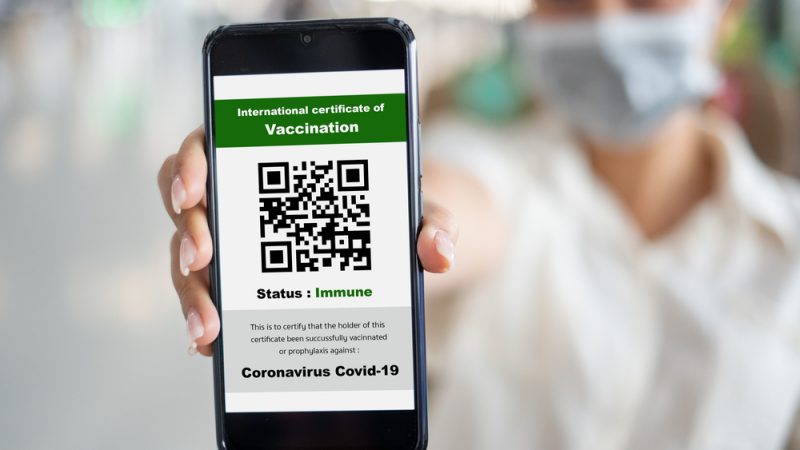 Andalucia Will Be Ready To Issue Covid Vaccination Certificates By Mid-June. image: Wikipedia

Andalucia Will Be Ready To Issue Covid Vaccination Certificates By Mid-June.
The Minister of Health for Andalucia, Jesús Aguirre, has said that the autonomous communities will be in charge of issuing the digital vaccination certificates and he hopes that from mid-June they will begin to be issued and that by July or August the system will be in “fully in force”, according to a report from andaluciainfo.
This was one of the issues discussed on Friday, May 28, at the meeting of the Interterritorial Council of the National Health System, as reported during an appearance he made in Parliament, in which he explained that Andalucia has asked the Minister of Health, Carolina Darias, that there is “maximum transparency” in the process of issuing the forms.
During the meeting, Andalucia once again defended the vaccination of the second dose with AstraZeneca for essential workers under 60 years of age, whether or not they signed the informed consent, saying that consent was not necessary in the administration of the first dose.
He has also referred to the “stagnation” of the accumulated incidence in several communities, among them being Andalucia, although he has stressed that in this community the situation is fine and there is no hospital pressure.
He said that he hoped the accumulated incidence data will improve next week, hence the decision to postpone the High Impact Committee meeting to act “accordingly.”
Regarding the vaccination process, he highlighted that the homeless, seasonal workers and immigrants without papers, as well as Erasmus students and deep-sea fishermen, have already begun to be vaccinated.
This week 420,000 vaccines have been given in Andalucia and the 4 million doses administered have already been exceeded, 42 percent of the population have already been immunised, at least with one dose and more than 20 percent with both.
“We will try to ensure that 73 percent of the population is immunised by the end of June and, possibly, we will then have a calmer summer, but the virus is here to stay,” he warned.
For this reason, he has indicated that “probably, a new vaccination of Pfizer and Moderna will have to be done at the end of the year”, while they will be watching for “possible mutations of the virus.”

The Euro Weekly News is running a campaign to help reunite Brits in Spain with their family and friends by capping the costs of PCR tests for travel. Please help us urge the government to cap costs at http://www.euroweeklynews.com/2021/04/16/ewn-champions-the-rights-of-brits-in-spain-to-see-loved-ones-again/
Thank you for reading, and don’t forget to check The Euro Weekly News for all your up-to-date local and international news stories.