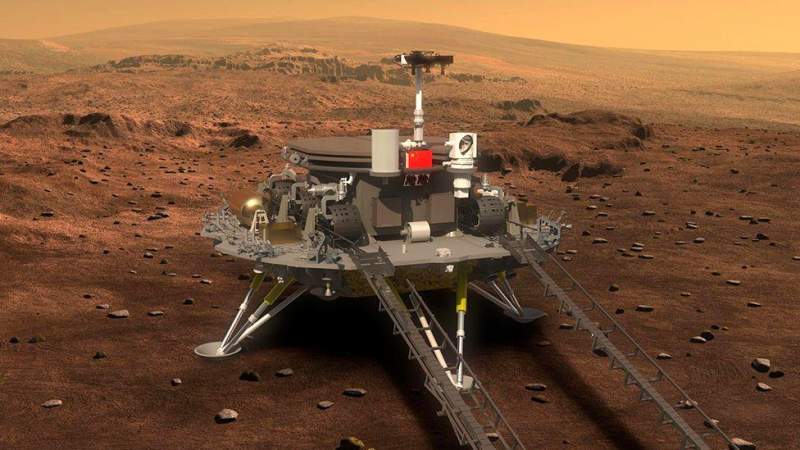 China has launched its second cargo flight to a new space station it is building to rival the International Space Station (ISS).

The automated spacecraft is the second of 11 cargo missions needed to complete China’s first space station which is expected to be completed next year.

When the ISS closes in 2030, China may be the only country to have a station in space. Russia also has plans for a space station but there are doubts it will be ready by 2030.

The ISS is a joint US, EU, Russian, Japanese and Canadian space project, but the US barred China from participating.

The Tianzhou-2 cargo blasted off from the Wenchang spaceport on the southern Chinese island of Hainan.

It was supposed to be launched last week but was delayed at the last minute due to a technical fault.

Three astronauts are due to stay on the station core module for three months after the lift-off from the Jiuquan launch centre in the Gobi Desert next month.

China became the second country, after America, to touchdown on Mars on May 15.

The six-wheeled Zhurong robot was targeting Utopia Planitia, a vast terrain in the planet’s northern hemisphere. The high-tech vehicle used a combination of a protective capsule, a parachute, and a rocket platform to make the descent.

In February, the United Arab Emirates’ Hope probe also entered into orbit around Mars, making the UAE only the fifth nation or entity to do so. The spacecraft is designed to circle Mars and study the red planet’s atmosphere.