Sevilla Police Investigate After Cars Are Set On Fire 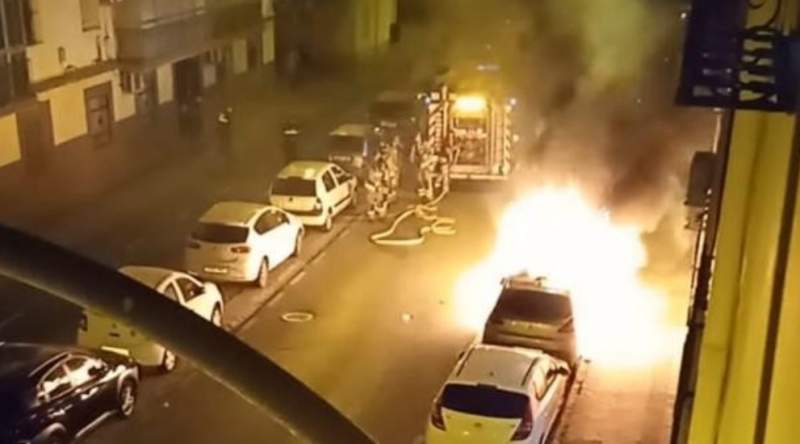 Sevilla National Police have opened an investigation after an incident in the city on Friday morning (May 28), where two cars were set alight, one of them being totally incinerated, and the other very badly damaged, with the fires reportedly generating large flames and a significant plume of smoke, with a strong burning smell that lingered in the area for several hours afterwards.

The incident happened in the Macarena neighbourhood of Sevilla, and one resident, José Manuel Hernández – speaking as the firefighters were battling to extinguish the second vehicle – told the ABC publication, “I had gotten up and was getting ready to go to work when I heard what sounded like some loud firecrackers. When I went out to the street, I found everything”.

The Fire Brigade were deployed to deal with the incident, along with patrols from the National and Local Police, and once the fires were extinguished, specialist forensic officers searched the wreckage for signs of evidence to the source of the fires.

Later in the morning, Clara Macías, the municipal delegate of the macarena district paid a visit to the area to speak with residents, and talk with the owners whose cars had been burned, as the area has a recent history of similar events.

Back in February, residents were woken at dawn, two mornings in a row, after an arsonist set fire to 15 vehicles in the Macarena district, with the police at the time launching an investigation, but without any success, but now it would seem that the arsonist could be back to his old ways in the neighbourhood.